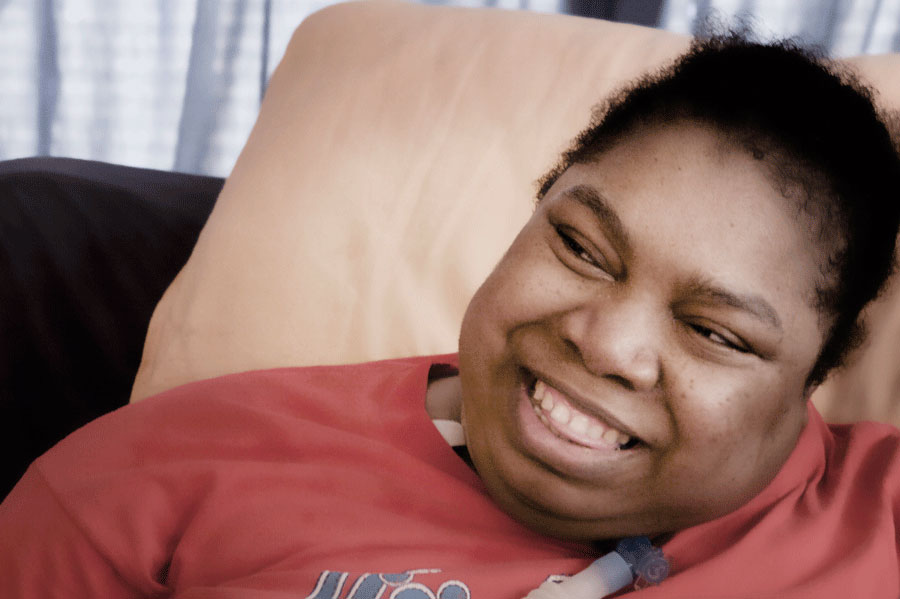 Nadine Robinson has discussed the location of her mansion in heaven with God. She’s put in a request to live next to her grandmother with a Disney theme park in between the two.

But this is no mere Disneyland or even Disney World. This is Disney Eternal, and it contains a roller coaster far and above any roller coaster ever imagined by mortal man. She describes the ups and downs and twists and turns, speedily guiding her hand through the air to show how the track would turn. She makes zooming noises — it would be fast, too.

“I gave him the blueprints and everything!” she quips.

This 40-year-old has big plans for heaven.

Once she gets there, it won’t matter that her heart has stopped seven times in her life. It won’t be important that she is confined to a bed for most of her time left on earth. She will be able to run on legs that function perfectly. The ventilator that keeps her breathing won’t be necessary, the froggy croaks that serve as her voice will disappear, and she will be able to exalt the God she loves so much with full vocal ability.

Robinson’s body is under attack by four auto-immune diseases, most prominently by polymyocitis. Her body is essentially eating itself. She can’t stand and has trouble swallowing – but there’s nothing wrong with her smile.

That ear-to-ear smile on her expressive face has welcomed many Biola nursing majors into her home. Since 2001, these students have completed their first home visits in Robinson’s house. Robinson, also a certified nurse, not only provides them with an opportunity to do a home visit with a sick patient, but also imparts her wisdom.

These visits take place in the front room of the Miller family’s home in Bellflower. Robinson’s “foster family” — Fred, Kathy and their daughters, Janelle and Krista — took her in when her degenerating health prevented her from living on her own. She’s lived in that front room since March 15, 1999.

The front room is truly hers. Robinson’s hospital bed is tucked into the right corner of the room, which still sports a couch and a collection of family photos on the wall. Stuffed animals and figurines — many of them Disney-related — rest comfortably on shelves surrounding her bed.

Robinson was born in Jamaica and was constantly sick as a child. She had fainting spells and frequent infections when she was young and was diagnosed with lupus at age 12. Robinson got rheumatic fever at age 13 and has had meningitis five times. But despite all the sicknesses she suffered from, she wanted nothing more than to be a doctor.

Robinson started medical school at age 16 but was forced to drop out after three years for financial reasons. She decided to try nursing school instead and discovered the vocation she fell in love with.

“I am 100 percent happier than I think I would have been as a doctor,” she reflects. “I see a lot of things that doctors don’t see. I see the feelings of a patient — the doctors don’t have time for that. I think that’s why I love nursing so much.”

After working as a nurse in Jamaica for three years, Robinson moved to the United States in 1995. She worked at Long Beach Memorial Hospital in pediatrics, mainly with cancer patients, for almost two years.

“I loved it,” says Robinson. “I just love kids, and I learn so much from them. It’s almost as though they have 70 years in that 3-year-old body. They say the most amazing things.”

But one of the most painful parts of her job was watching these precious children die. After a child died in her arms for the first time, Robinson didn’t work for a week. Instead, she stayed home and grieved.

When Robinson began showing symptoms at work, the doctors started giving her prescriptions. She was diagnosed in 1998 with the rare disease polymyocitis, and it wasn’t long before she was bedridden and moved in with the Millers.

Despite the circumstances, Robinson put her faith in God’s plan for her.

“You never know why He does the things He does, but the most important part is His heart is in the right place,” she says.

Robinson connected with Biola University through her friend Sheri Brink. Brink had been on staff in the Biola Nursing Department and recommended Robinson to Anne Gewe, an associate professor of nursing. After watching a video of Robinson’s testimony, Gewe contacted her and arranged the home visits.

Gewe was looking for a home visit that would not only provide a good first experience for the fledgling nurses, but would also give them a sense of how much things cost. In hospitals, supplies are always available and seem unlimited, says Gewe, but in the home, they are very costly.

The nursing program at Biola is a five-year program. There are two years of pre-nursing, which consists of classes like anatomy, chemistry and physiology. Once accepted into the very competitive program, there are three years of clinical nursing, which involves actually working with patients. Visiting Robinson is for the first year — or Level 1 — clinical nursing students, who go in pairs for one day during the spring semester.

“I’d never done a home visit before,” Lane explains. “I was really nervous to go see her, but then when we actually went to go see her, it was the best experience.”

The visits last a long time, according to Level 3 nursing student Marla Bustad. She remembers being at the home for almost six hours. The students give Robinson her medications — but she won’t take them unless they answer her questions about the drugs first.

However, the majority of students’ visits is not spent practicing actual medicinal processes. Instead, they devote their time to learning from a woman who is an expert as a nurse and a patient.

Robinson has a speech prepared for the students to listen to through the black Fujitsu computer that sometimes speaks for her, since the ventilator in her throat can make it hard to talk. In the speech, she gives “nuggets of gold that you might never find in any textbook you have at school.” Robinson tells the students to constantly pray for their patients, to look at their patients through God’s eyes, and to remember that every client they care for is equal to all the others and to themselves.

Robinson answers students’ questions and tells them her story. At the end of the visit, she gives them her phone number and offers her home as a place to study and process what they have been going through in the hospital.

The one-day visit with Robinson is changing the way these students see nursing.

“It kind of lit the fire under my passion for nursing a little more,” says Lane. “It’s heartbreaking to see her so on fire for us and so excited for us, but at the same time you can see the sadness that she doesn’t get to be able to do that anymore.”

“I think of nursing students now and those below me, and I’m like, ‘Experiment on me!’” says Schintee. “I know how that feels to be afraid, and she empowered us and just gave us great confidence.”

The Biola Nursing Department is grateful for Robinson’s contribution to their program. Simulation mannequins are used on campus, but they lack the personal aspect, says Susan Elliott, director and professor of the Nursing Department. Through Robinson’s generosity, the students are learning firsthand how to treat a patient in home care like a person who matters. They minister to Robinson through what Elliott calls the “ministry of presence,” while also being ministered to.

“She didn’t have to come to our campus, walk into our classroom, stand there and lecture,” says Elliott. “She can be who she is today and have lifelong impact on one nursing student at a time.”

Robinson says the reason she opens up her home like this, despite her extensive illnesses, is because she wants to give students a chance to see the other side of nursing and to do something they won’t get to do at school.

“At least it serves some purpose other than just being worm food when I’m done” with this life, jokes Robinson.

But this isn’t all she occupies herself with. For someone with such a sedentary lifestyle, Robinson keeps very busy. She’s in the process of writing and illustrating a series of pamphlets for children explaining medical procedures — like an MRI— in terms kids will understand so these procedures won’t seem so scary and unknown. She has already finished 18 pamphlets.

Robinson is also working on four other books, including an autobiography, a book scrutinizing how nursing has changed over the years and a devotional for the critically and chronically ill with “letters from God.”

In addition, Robinson raises hamsters. She started out with two, believing they were both male, but they started reproducing. Now she gives baby hamsters away to children. The collection she currently owns is made up of the great-grandchildren of the original two.

Meanwhile, Robinson is studying for a certificate in American Sign Language (ASL) and teaching it to her nurses and a few close friends. She learned ASL when she was three years old because she was late in developing speech.

“They thought I was deaf; I was just stubborn,” she explains.

Gewe saw Robinson sign at a Joni and Friends Camp, a camp started by Joni Eareackson Tada for disabled or sick people and their families. Gene remembers the beautiful scene in which Robinson wore white gloves and sat in her wheelchair on stage with a single spotlight on her, signing to a song.

“Everybody was passing the Kleenex around because it was just so beautiful and so inspiring,” says Gewe. “That she wouldn’t have many gifts and talents and skills left, but whatever she had she would use it for the Lord, and it just — it was so inspiring.”

After spending four days at the end of September in the hospital due to congestive heart failure, Robinson believes the end may be near — she says heart failure is usually the last step. But she’s not afraid to die anymore.

“I’m so at peace with everything now,” says Robinson. “I just don’t want to die at the hospital. I want to die right here at home.”

Even though Robinson’s earthly body will be gone, her legacy will live on in the hundreds of nursing students who have walked through her front door and heard her story.

“I think it’s really selfless to do that in the position that she’s in,” says Lane. “It’s not just about nursing, you know. And I don’t know, I think that that’s a rare thing to find in people … giving of yourself to the very end.”

Schintee says Robinson’s joy in the midst of a hard situation amazes her.

“I struggle with school and different relationships, but I haven’t endured that physical hardship,” says Schintee. “She has and still she has that joy that I don’t think a lot of us get to see.”

As Robinson shows off the medal that hangs on her bed, which her grandmother received from the prime minister of Jamaica for being the most outstanding nurse on the whole island, she recalls the words of wisdom her grandmother left with her. 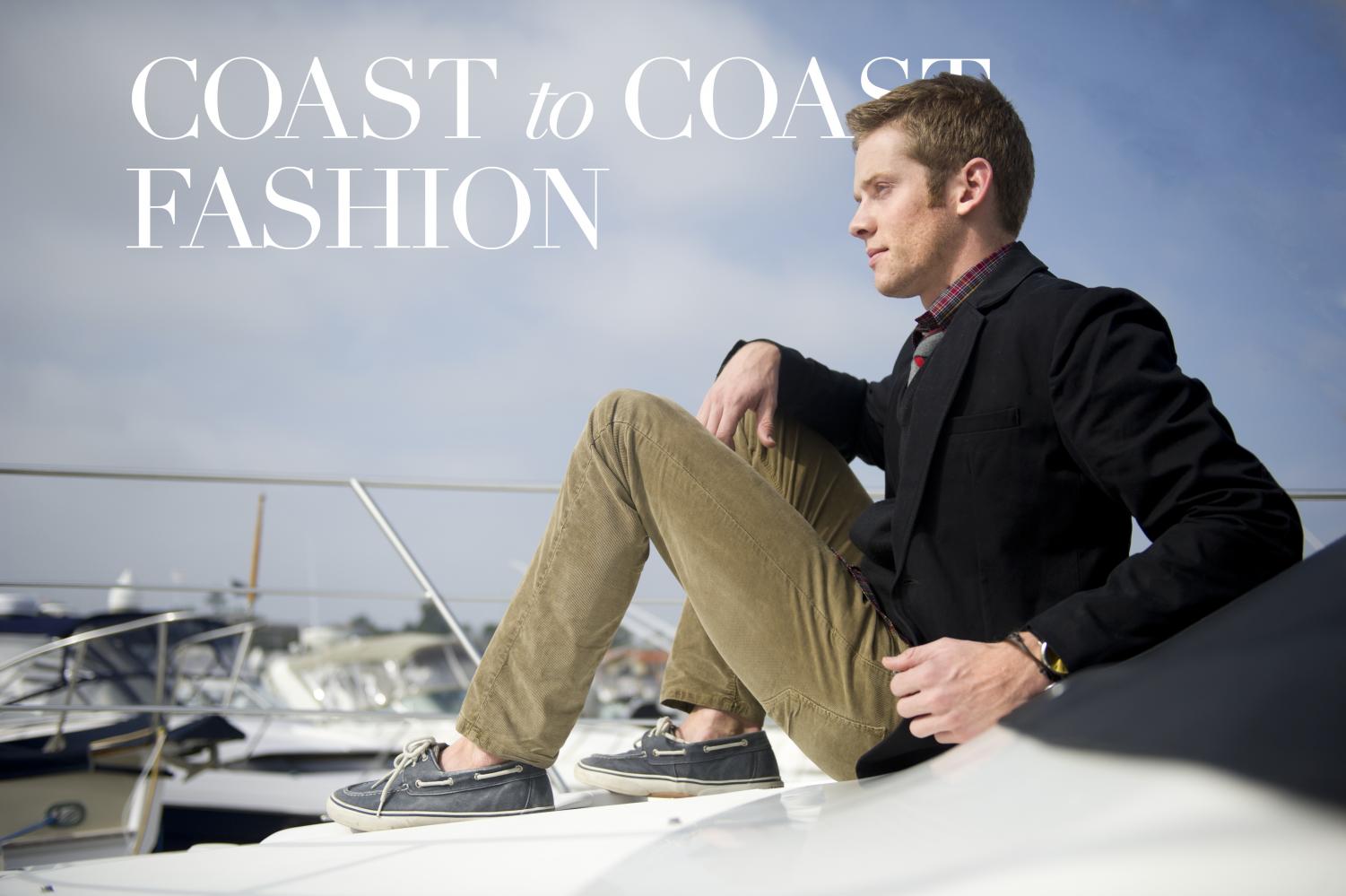 Coast-to-Coast Fashion: Student styles from across the nation 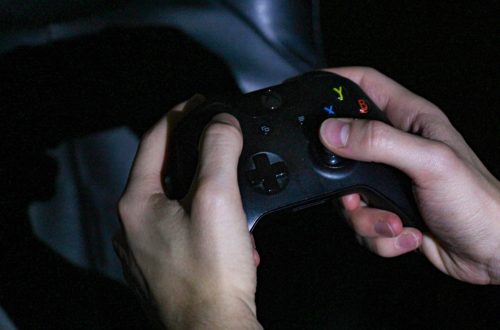