Most students at Biola have one thing in common: a tight budget. Keeping up with the pace of university life while balancing tuition costs can certainly squeeze the wallet, especially when one is making the college journey without financial help from relatives.

When a lack of funds threatens to force a departure from Biola, options may seem few and trust in God’s provision is the only beacon of hope. For most, saving grace comes from family members, employment or financial aid. For other students, help arrives from an unexpected source: friends.

Raising $4,000 in 24 hours might sound impossible. But at first, even Emerson resident assistant Austyn Lewis was optimistic.

“I had a pretty good feeling the money would turn up,” the junior elementary education major explains, recalling the mindset he held last fall, only weeks away from final registration. But after numerous meetings with financial aid and accounting advisers, the hope he once had for returning to Biola in his junior year began to dwindle. Exhausted from encountering one closed door after another, Lewis began to reluctantly accept the inevitable.

“I had set up a meeting with admissions at California Baptist University to start classes the following day,” he remembers. “Basically, I thought, ‘Outside of a miracle, there’s no way I’m going to be able to be [at Biola].’”

Midway through the summer of 2011, Lewis received changes in his Financial Aid package, coming up $8,000 short of what his family was expecting to be given. Even with his RA income, he was still lacking $4,000. Days before final registration, he broke the news to his friends, who didn’t take it lightly.

Faced with the impossible, Lewis’ roommate Chris Yim and their good friend Richie Gowin came up with a plan, only a day before the down payment was due. In the form of a Facebook page, they launched the operation they called, ‘Keep Austyn at Biola,’ and began the hour-by-hour journey that would decide the future of their friend. Posting envelopes on walls for dropping off money, Yim urged potential donors to leave whatever they could in the envelopes or to meet him somewhere to make a contribution. Initially, Lewis had his reservations. Knowing so many other people were in a similar situation, he asked his friends not to go door-to-door or take money from people.

“I thought, ‘Why do I deserve other people’s money?’ But Chris was relentless,” Lewis says.

Despite Lewis’ doubts, they had raised $1,000 by noon. By dinner, they had reached $2,000, but Lewis, emotionally exhausted by the drastic swings between hope and discouragement, remained skeptical.

Though most of the donations were anonymous, both at the request of the donors and per Yim’s guidelines, Lewis was able to catch a glimpse of his supporting community when his friends and floormates, some of whom he had just met and barely knew, came to his room and emptied their change jars into bags for him. Even those who had little to give were able to offer their encouraging words and prayers. Throughout the day, more and more money came in, and by around 9 p.m., roughly 24 hours after the Facebook page had gone up, a large donation came in. Yim counted the money.

Overwhelmed at the support he was getting, Lewis didn’t know how to handle this news. With his mindset slowly changing and becoming more hopeful, he anxiously waited out the next few phone calls and donations. At 10 p.m., they counted again.

They had done it. They had exceeded it. Lewis, in complete shock, held $4,311 in his hands.

“That night, that moment, I knew I would stay,” Lewis remembers with a satisfied smile. “Chris had done it. He raised $4,000 in 24 hours.” The next day, they took the money to accounting and Lewis registered for the semester. After seeing the way his community had come together to meet a common goal, even before the semester began, Lewis knew his floor would become close very quickly.

With a strategy to avoid repeating this situation next year, Lewis is in good spirits. He plans to live in a house off campus with Yim and Gowin. And to the anonymous donors and supporters who gave him what he needed, he is grateful.

“If there is a possible place to thank anyone who gave, whoever you are, whether it was through prayer or giving, [I’d like to] thank them from the bottom of my heart,” Lewis says. “I don’t know if I have expressed enough thanksgiving towards them.”

Through this roller coaster process, Lewis has learned a few lessons about trust, and is sure of one thing: “This was an out-of-the-ordinary experience and a confirmation that I am in the right place and that God wants me here. I am going into next year trusting that same thing.”

Many Biola students know and love the YouTube channel “Dorm Series,” a show that takes a humorous look at college life, written and filmed by residents of Heat, the guys’ floor on the second level of Hart Hall. But the biggest plot twist occurred off-camera, when the loss of a scholarship forced Joseph Garrett, freshman film major and co-star of the series, to leave Biola in the fall of 2011. However, this unexpected change didn’t stop the crew of Dorm Series. Forming a plan using their fan base, they began their efforts to bring Garrett back to school.

Garrett, now a sophomore, retells the story like a practiced orator. “I wasn’t able to reach my academic scholarship GPA level last year, just for personal reasons,” he says. “So I had to go back to Kansas … and I went to a community college out there.” Caleb Wheeler, junior film major and Garrett’s co-star, recalls how he found out his friend wouldn’t be returning.

“I had to coax it out of you on Facebook chat,” Wheeler jokes as he remembers their conversation. “I said, ‘We’re going to have so much fun this year.’” Then Garrett confessed he wouldn’t be returning to Biola. Garrett had been hesitant to reveal the news to Wheeler and Dorm Series director and senior film major Hunter Davis during the summer because he was so disappointed.

Despite losing his scholarship for the semester, Garrett was able to work out a plan with Biola’s financial aid office for his return. If he kept his GPA up at his school in Kansas, he would earn a smaller scholarship for the spring semester, and then get his original scholarship back for the following year. All he needed now was help making up the difference of this new scholarship.

About halfway through the fall semester and with no knowledge of Garrett’s plans to return, Davis decided to help.

“It was a very ‘what do we have to lose?’ mentality,” Davis recalls. Not having any real numbers to go on, they set a goal of $5,000, which could be reached if about half the fans of Dorm Series gave $5 each. “We asked Joe if $5,000 would help, and he said yes.” They had found a creative and feasible way to bring Garrett back — by involving the fans and using Dorm Series for something bigger than just entertainment.

“We saw it as a good opportunity to get people involved and to represent to Joe how much people care about his involvement here at the Biola community and on Dorm Series,” Wheeler explained.

Pooling their resources, they set up an account with Indiegogo.com, a website that allows people to make debit card transactions and takes only a small portion of the proceeds for its use. When Garrett visited Biola around Thanksgiving, the crew filmed a couple episodes of Dorm Series and used them as the launching pad for their campaign, which they called “Bring Joe Home.”

“When Joe disappeared, there were certain things that weren’t normal,” Davis admits. “Joe is a part of this. It felt like there was something missing.”

The videos weren’t just a plea to the fans, however. The crew wanted to speak clearly to those involved with Joe’s return — namely, Mr. and Mrs. Garrett.

“His parents ultimately are the ones to front a lot of this money, and it’s very hard to communicate to parents how loved you are in a new community because they’ve never seen you there before,” Davis observes. They wanted to use Dorm Series to convey to Garrett’s parents how much they care about him and wanted him to come back.

Coincidentally, two weeks after starting the campaign, they found out Garrett was going to return to school on another scholarship. When they stopped the campaign, fans of the show had donated $500 after only one announcement, a feat that impressed the three guys.

“Dorm Series is a comedy series, but they don’t play fake characters,” Davis explains, his filmmaker side emerging as he speculates on why the fans were so supportive. “They are themselves, exaggerated. The viewers are watching an exaggerated form of someone who is real. The fans fell in love with a piece of Joe.”

The biggest donation, $200, was anonymous. It was given to a friend to pass along to them and provided a large portion of the total amount raised. The guys would like to thank this donor. Though in the end it didn’t come down to the money, Garrett was still grateful.

“The money was great, but it was also just all their support and knowing that I had a lot of people backing me up to return,” he says. “That was probably the biggest thing.”

With full knowledge that Garrett would return under a new scholarship, Davis and Wheeler gave him the money anyway. Though it wasn’t enough for tuition, books and other supplies can be costly.

“Even when he left, I was pretty much one hundred percent positive he’d come back after at least a semester because I felt this is where Joe does belong,” Wheeler says confidently. “I’m not going to pretend to know God’s plan for his life, but I could really tell this community is where he belongs.”

At the start of the spring 2012 semester, Garrett returned to Biola and has continued making episodes of Dorm Series with his friends. Next year, with his full academic scholarship back in hand and his friends at his side, Garrett isn’t worried this will happen again. Wheeler and Davis agree, and the trio looks forward to what lies ahead for Dorm Series and their friendship.

“It’s good to have my friend back,” Wheeler says, smiling. “Our friendship has grown just from being together. All glory to God.” 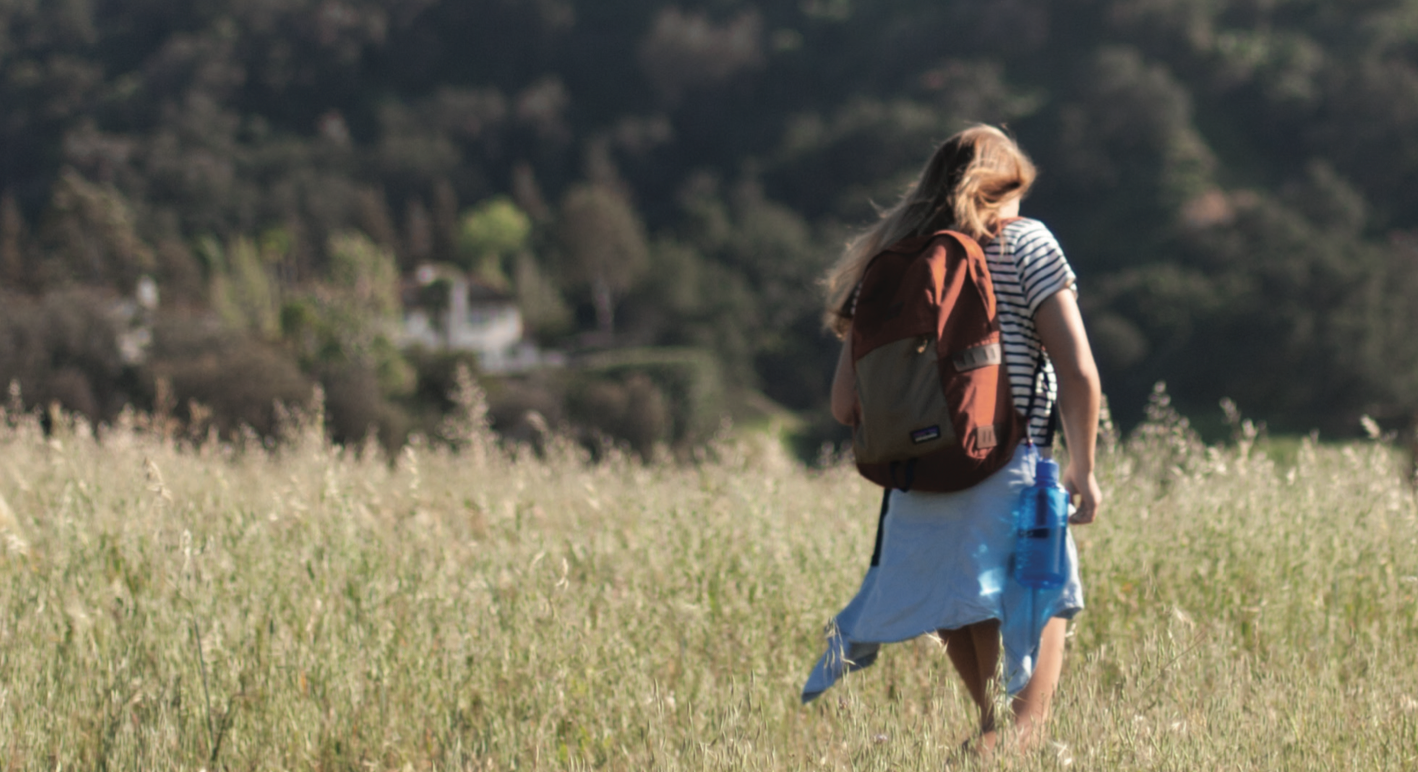