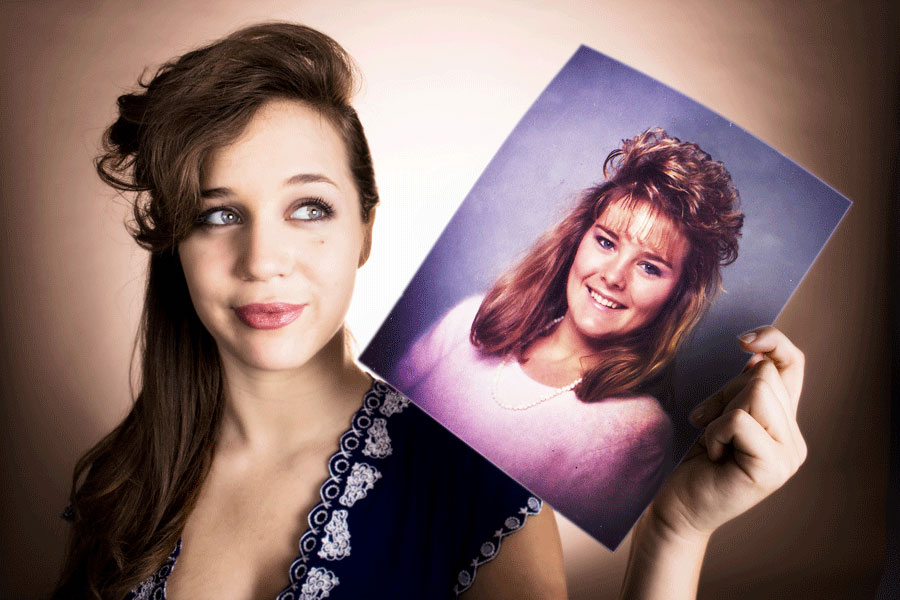 As the years have gone by, our professors have stepped into more fashionable — and some much less fashionable — shoes than we could imagine. Our professors lived among the generations who changed what we wear today. They were part of the days of rock and roll, the British invasion, disco, the Jesus freaks movement and grunge. We can learn from the wisdom of these men and women in the classroom, but we can also draw some serious inspiration from their former duds. Four professors share their testimonies as to what was hot — and what was not — while they were in college.

In the time of racial riots, free love, the Beatles, the assassinations of Martin Luther King Jr., JFK and Bobby Kennedy — and when everybody had a cause — there was Larry Smith, an undergraduate student at Seattle Pacific University, barely avoiding the draft of the Vietnam War.

“They [the assassinations] made us the generation to question things,” says Smith. “It was weird, and if you weren’t a Christian, I can’t imagine how hard it was.”

In the midst of all of this, Smith was submersed in the hippie culture — complete with huge bell bottoms, denim embroidered work shirts, Mexican wedding shirts and floral patterns. Smith had the standard outfit of a white T-shirt, Levi’s and Tijuana retreads: the ultimate hippie fashion. Smith never wore jewelry except a huge, leather band watch. No one wore shorts, and if they did, they were unhemmed Levi’s cut-offs — the dirtier the better, Smith recalls.

“Being dirty was sort of a badge of honor,” he says. “Bell bottoms were really big, and if they rubbed on the ground, that was a bonus.”

Smith, who is often seen around campus wearing a T-shirt and a Dodger-blue baseball cap over his short hair, says he probably went three years without a haircut during his college years. He laughs, thinking about his former long hair, parted down the middle, and the headbands he wore to keep hair from falling in his eyes.

“Think of Woodstock,” he says. “Whatever they were wearing, there we were.”

Wearing a cream-and-blue dress pleated at the top and matching cream heels is Dr. Cassandra Van Zandt, dean of humanities, who knows how to make an outfit fit together beautifully. Poised and sitting with her legs crossed in her cozy office, which is decorated with blue-green peacock feather curtains, is a woman well-known for her great fashion sense. She took 10 years to receive her undergraduate degree, and an incredible span of fashion changes can occur in a decade. In thinking of the mid-‘80s — when Van Zandt began college — leg warmers and oversized T-shirts often come to mind. Van Zandt not only went through that phase, but is also interested in its recent revival. Looking at the classy professor, the last thing you would expect to hear is that she went through a grunge phase in the early ‘90s. “I went through a phase where I regularly wore Levis, Timberland boots, a T-shirt and a flannel. It was so embarrassing,” she says. Although Van Zandt has entirely changed her style today, she doesn’t regret her choices of trends to follow over the years. “Everything looks better in the moment,” she says. Van Zandt, who also says she was “never so outrageous,” continually wore light blue eyeshadow and “eyeliner everywhere.” She teased her hair, along with more than half of the women of her generation. Regarding her fashion now, Van Zandt thinks she’ll feel the same about her current tastes in the years to come. “In 10 to 20 years, I’ll look back and think, ‘What was I thinking?’” she says. But until then, Van Zandt continues to look like a woman in the fashion prime of her life. “I think clothes are enjoyable,” Van Zandt concludes, smiling.

A self-proclaimed “Bargain Betty” and an obvious extrovert, Marla Campbell, associate professor of PHD education for intercultural studies, exudes power and great fashion sense. In the classroom, she can be seen wearing the latest and the greatest outfits — all bought on sale of course — and outside the classroom can be seen in her “hot red convertible.”

Campbell attended Cal State Fullerton from 1973-1977 — right in the middle of “hippies, drugs and the Vietnam War,” Campbell says. Luckily, however, Campbell says she was a part of the “Jesus freaks movement.”

“When I graduated, huge wiglets were in style,” she says. Campbell paralleled wiglets to today’s extensions. Campbell also wore orange juice can curlers to bed for the big Farrah Fawcett curls.

Any trends she regrets?

Although Campbell is a woman who cares about her appearance, she sees the importance in not allowing fashion to take over her life. When she is on the mission field, Campbell will change everything to be appropriate within the culture.

“Fashion shouldn’t be an idol or master … it’s a fun self-expression, not a right or a demand,” she says. “To me, it’s like art.”

J.P. Jones began his freshman year at San Jose State in 1973 in jock attire and walked out in 1978 in the glory days of disco.

“I was a poor college student, with no good fashion sense to begin with,” Jones says. “I was a super clean-cut jock. Once I was living on my own, nobody looked like that.”

Jones, an adjunct Bible professor for the past 18 years at Biola, remembers these days fondly. Long hair and a beard was the San Jose State staple of the day. Jones remembers the bell bottoms and the denim shirts but distinctly recalls his disco phase – complete with tight shirts and orange boots with heels.

Immediately after college, Jones began to work for Campus Crusade for Christ and realized his style made him look out of place. He worked at UCLA where everyone was involved in the Greek system, so he had to change his style.

“I stood out, and in order to look more normal, I dressed preppy,” Jones remembers. That look included a shorter haircut and a shave, which he sports to this day. 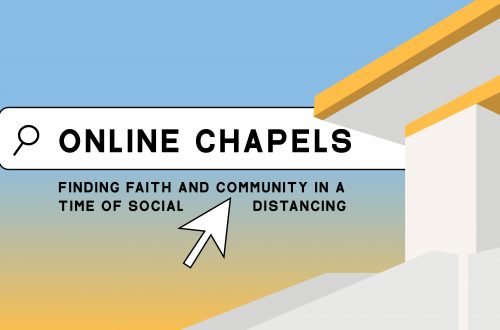