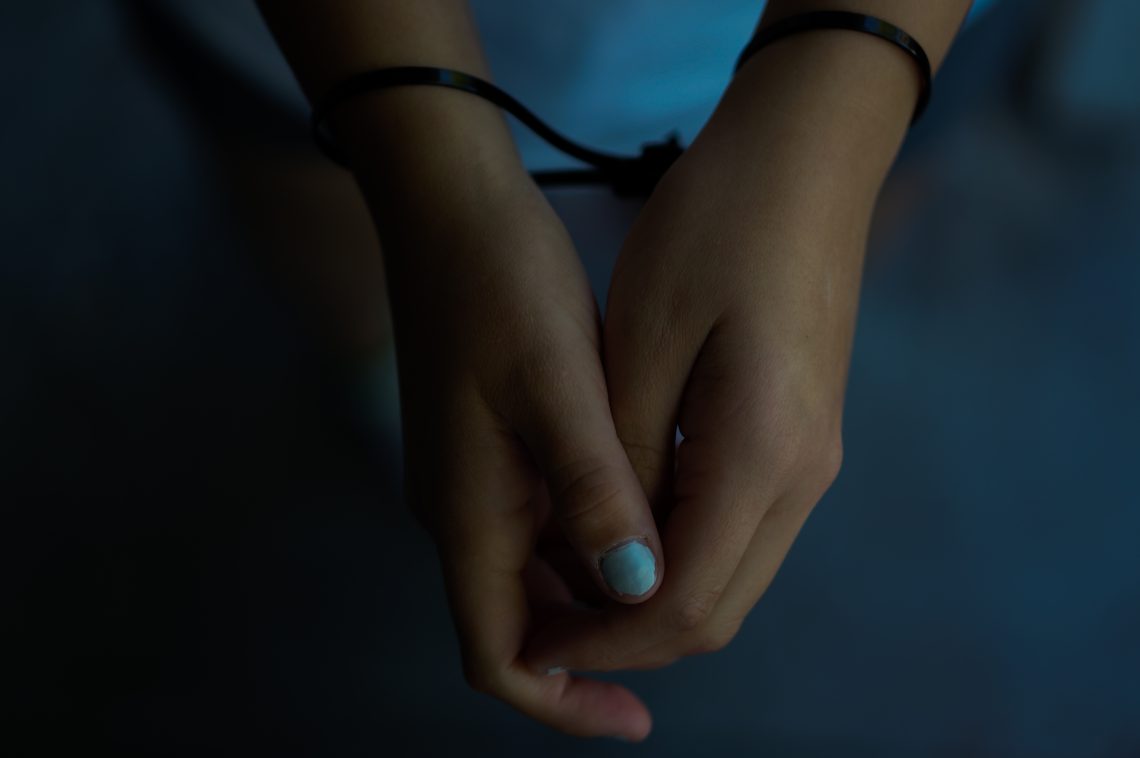 A recent study completed by Liberate Children estimated 550,000 people are trafficked into the United States each year. Of these 550,000 people, those targeted demographics are people within the welfare program as well as LGBTQ communities, and enslaved forms of labor. Another report states that black children make up 40.4% of the estimated 50,000 people who are trafficked each year. These statistics note the ways in which race causes higher susceptibility within the United States. Dressember notes the important signs of those who are vulnerable targets of trafficking are those who have instability in their family or community, as well as disconnection from the education system, and poverty.

“There is a definite border between what we think is sex work and trafficking,” said King County Prosecuting Attorney intern K’reisa Cox. “And it is somehow easy to distinguish between it and it’s not. People expect it to be a really sophisticated, global issue and that it doesn’t happen domestically, but it is”.

It is important to note the signs of vulnerability for human trafficking.

“Trends show that people of color are more likely to experience a history of sexual and/or physical abuse” states an article by Dressember.

As staggering statistics in human trafficking, and systemic racism in the United States rise, the rate vulnerability especially for people of color is drastically rising as well. It is the spike/vulnerability of people of color that lacks highlighting around the world. It is equally important to note the ways in which people are vulnerable to trafficking, it is equally important to highlight the systemic racism that exists and continues to spike in human trafficking in the United States.

Most importantly, the structural systems within the United States focus on the benefit of those with power, position and privilege. An article by Lumen Learning argues that American society is meritocratic and class is achievement-based. In other words, one’s membership in a particular social class is based on educational and career accomplishments. Privilege often pushes aside the struggles people of color experience out of public view.

“Any vulnerable child can be a victim of human trafficking, but we can no longer gloss over the fact that a majority of those are victimized girls of color,” Gabrielle Union said in another Dressember article. Union notes the importance of noticing that girls of color are a major amount of those victimized, yet society appears to continue glossing over the facts.

“Black girls and women are more in demand than any other race,” states an article from M. Rose Lifestyle. “One of the reasons it’s because traffickers are less likely to face extended jail time, compared to trafficking white girls/women [who are deemed more valuable.]”

Traffickers specifically target those marginalized/least protected by the system, specifically women of color.

As human trafficking is a complex conversation, it is the actions made to protect those within the system or at risk that make a large difference. Some of the key indicators of human trafficking can be identified through action and appearance.

“Appearing malnourished, showing signs of physical injuries and abuse, avoiding eye contact, social interaction and authority figures, seeming to adhere to scripted or rehearsed responses in social interaction, lacking official identification documents, appearing destitute/lacking personal professions, and working excessively long hours” are common signs of human trafficking according to Nevada Attorney General Aaron Ford. Though these signs might not seem automatically obvious, it is important not only to be aware but to also speak up if something seems wrong.

Sadhna grew up in India with her dad, mom and little sister in their home village. But when Sadhna’s father passed away, her mother moved the family to Kolkata, India. At fourteen, Sadhna started working to make ends meet.

Sadhna told Dressember it was her desire to help her family alongside her poverty that made her most vulnerable to human trafficking. The good job she was promised was a front for a private brothel.

In her interview with Dressember, Sadhna said, “I didn’t like the atmosphere, and I asked them to let me leave. They told me to sit and have a glass of water… I don’t remember anything after that”.

Sadhna was trapped as someone else’s property until International Justice Mission rescued her.

“I was quite fearless in my childhood days,” Sadhna concluded in her Dressember interview. “Through this phase of life, I started getting scared of people around me. Now I’ve learned to draw inspiration from those experiences and have become fearless again”.

Sadhna’s story is one of inspiration, beauty and pain, but ultimately shows her strength.  Sadhna dreams to complete her education, as well as get a job as a social worker to hear stories of other girls and to help them.

Fighting Fiercely: A Response to the Ebola Crisis