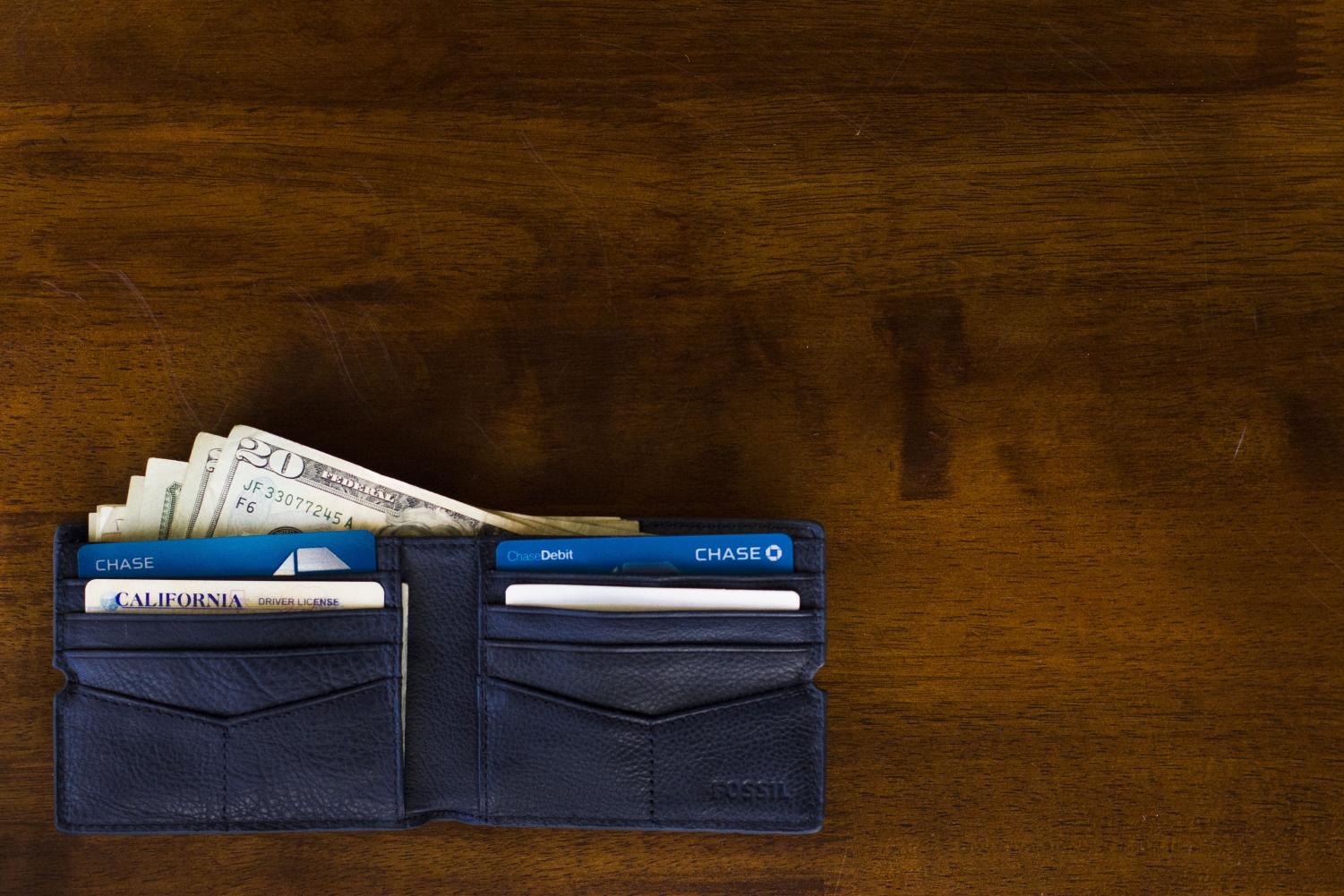 Grammy for “Best Gospel Album.” Mixtape downloaded over 100,000 times in 48 hours. A breakthrough into secular music. $3 million net worth. Newest album debuting at No. 1 on the Billboard 200 with nearly 89,000 copies sold in the first week. And a relationship with Jesus Christ.

Lecrae has garnered the attention of both secular and Christian audiences with his music. But Christians have accused him of being “of the world” due to his success. They believe he should not engage in such a temporal culture. His response?

In a broadcast interview on Ed Stetzer’s Christianity Today blog “The Exchange” in May 2013, Lecrae gave his answer. “I’m a big fan of just looking at Paul in Acts,” he said. “Him mixing it up out there in the culture and knowing who their modern-day poets were, and their speakers and philosophers, and being able to integrate their ideals and values in his talks as he tries to preach Christ to them.”

Lecrae’s business is his ministry.

Tom Wilson, associate professor of law, ethics and human resource management at the Crowell School of Business, believes one of the best ways to live one’s faith in the workplace is to find a place of influence. “We can pull back and be very critical of many things about Hollywood, or we can choose to be proactive and become a part of the business circle of Hollywood. Get places of influence, where then Christians can be a force for change. The way to have an influence with your faith is to be able to influence those cultural issues,” he says.

Business as Ministry Biola University desires that its students use their workplace to further God’s kingdom, as stated in the Crowell school’s mission statement: “The mission of the Crowell School of Business is to equip students to develop a biblical worldview so as to see business as ministry.”

Scott Rae, professor of Christian ethics and dean of the faculty at Talbot School of Theology, gives his interpretation of business as ministry. “The very work itself, not just the other things that you do in the workplace—pray for coworkers or show compassion for someone who is in pain, for example—but the very work you do is part of your service to Christ.”

The Merriam-Webster dictionary defines “sacred” as something that is “dedicated or set apart for the service or worship of a deity.” Thus, business can be a sacred endeavor in which Christians use their resources for God’s glory.

Money: Sacred Means Viewing money as sacred recognizes that it is the Lord’s alone. Brady Brewster, a senior business student, heeds Paul’s words in 2 Corinthians 9:11. His paraphrase: “You have been made rich in every way so that you are made generous in every occasion.”

This command is not for businesspersons alone. Paul clarifies this beforehand. In the ESV translation of 2 Corinthians 9:7, Paul writes: “Each one must give as he has decided in his heart, not reluctantly or under compulsion, for God loves a cheerful giver.”

Each one. Not just people in business. Every believer is to be generous with his or her money. If this is true, and if money itself is not evil, why does financial success scare Christians?

History of Church Skepticism Calvin Redekop, a Mennonite theologian, in his essay “Understanding Profits from the Christian Perspective [Perspective II]” shows how the Church has been wary of profit. “[B]ishops and clerics were not to be involved in trading,” Redekop writes. “The medieval church laid down stringent restrictions on wealth and the making of profits.” Although the Church no longer has restrictions in these areas, hesitancy remains. Rick Bee, professor of the biblical elective “Faith and Money” and director of Biola’s alumni and parent relations, explains why leaders tend to be cautious with money. “A lot of pastors never go down the road of really teaching about stewardship, God’s ownership, because it’s almost like getting into someone’s business. They’re afraid of teaching on it for fear of what the congregation thinks.”

How can this skepticism be broken? Bee attempts to answer this question by defining the essential difference between profit and greed. “If you are desiring to acquire another company or to grow a company— one side is greed. You ask yourself, ‘How much more can I gain? How much more is enough? Another dollar more.’ Or, are you trying to be a good businessperson and advance the work of your company? This isn’t greed, but it’s motivated by profit.”

Money: Intended Good The goal is to use money God has given us for His glory. Rick Langer, professor of biblical and theological studies and director of the office for the integration of faith and learning, gives a valuable definition of money: “Money is an abstract marker for the goodness of the created order … the goodness and blessings of creation.”

Namely, money is an object of value. It gives one the ability to exchange for what is necessary and different from another’s needs. Money can provide something good and beneficial to each individual. If money is intended for good, how should businesspersons handle it?

Langer gives two answers. “It’s legitimate for a businessperson to say, ‘I’m making $12 million a year with my current enterprises. Should I give all $12 million away, or should I use that $12 million to give thousands of other people meaningful employment, dignifying work, and healthy, stable situations for their families and produce goods that will make people’s lives better?’ I think that is very good,” he says. “But I would never encourage people to say, ‘Therefore, because I do that, I should never give.’ I think giving has its own value. There is something enormously good about taking something that is so obviously good and giving it away.”

Businesspeople are to serve their families. Anyone who does not provide for his or her family, as stated in 1 Timothy 5:8, “has denied the faith and is worse than an unbeliever.” Paul was serious when he spoke of family. Family neglect is worse than unbelief and profit is a means for their provision. Businesspersons are accountable for both their families and their employees.

Rick Bee explains success from business owners’ perspectives. “They realize that it’s not just the worker that comes to work, but it’s the worker’s family, it’s the worker’s kids,” he says. “Their livelihood is totally dependent on the success of the business and being able to get a check. If you take your role seriously as a believer for the benefit of those that are in this world for kingdom purposes, then you need to take seriously how you do what you do for your employees.”

Profit, then, benefits business and is also a service to the community.

S. Truett Cathy, founder of Chick-fil-A, Inc., built a flourishing business. In his book Wealth: Is It Worth It?, Cathy states that wealth is good only if one gives generously. “After all, when Jesus talked about giving, his most powerful example was not about a wealthy person giving from his wealth, but the poor widow who gave all she had.”

Brady Brewster recognizes that possessions come with successful business. “It comes down to being rooted in a solid mindset of walking with the Lord and what He has impressed on your heart. I’m not saying that these things won’t come. They should in time with most success in profits. But they are not your motivation.”

Are Christians allowed to enjoy luxury? The rich young ruler’s story is often used as a testimony against luxury. The ESV translates Luke 18:22-23 as such: “[Jesus] said to him, ‘One thing you still lack. Sell all that you have and distribute to the poor, and you will have treasure in heaven; and come, follow me.’ But when he heard these things, he became very sad, for he was extremely rich.”

Jesus instructs the man to sell everything and give to the poor. In reality Jesus was challenging him about God’s ownership. Theologians John F. Walvoord and Roy B. Zuck, in their commentary The Bible Knowledge Commentary: An Exposition of the Scriptures by Dallas Seminary Faculty [New Testament], explain Jesus’ challenge: “This action would touch on the 10th commandment against coveting, which included the idea of greed and holding onto things which are one’s own as well as wanting things that belong to others.”

Greediness is part of his sin, but that is not what Jesus tested. It has nothing to do with luxury. Jesus challenged the man’s ability to follow Him. The only way for the man to obtain eternal life was through Jesus Christ, but he chose to live by the law and by his wealth. The man forgot his money was the Lord’s. When he walked away he rejected following Jesus, holding to covetousness.

Provision for family, for one’s employees, and giving back to the community. This is the core of biblical business money management. Christ-centered financial success in business is good, and even sacred, if used wisely and for His glory. 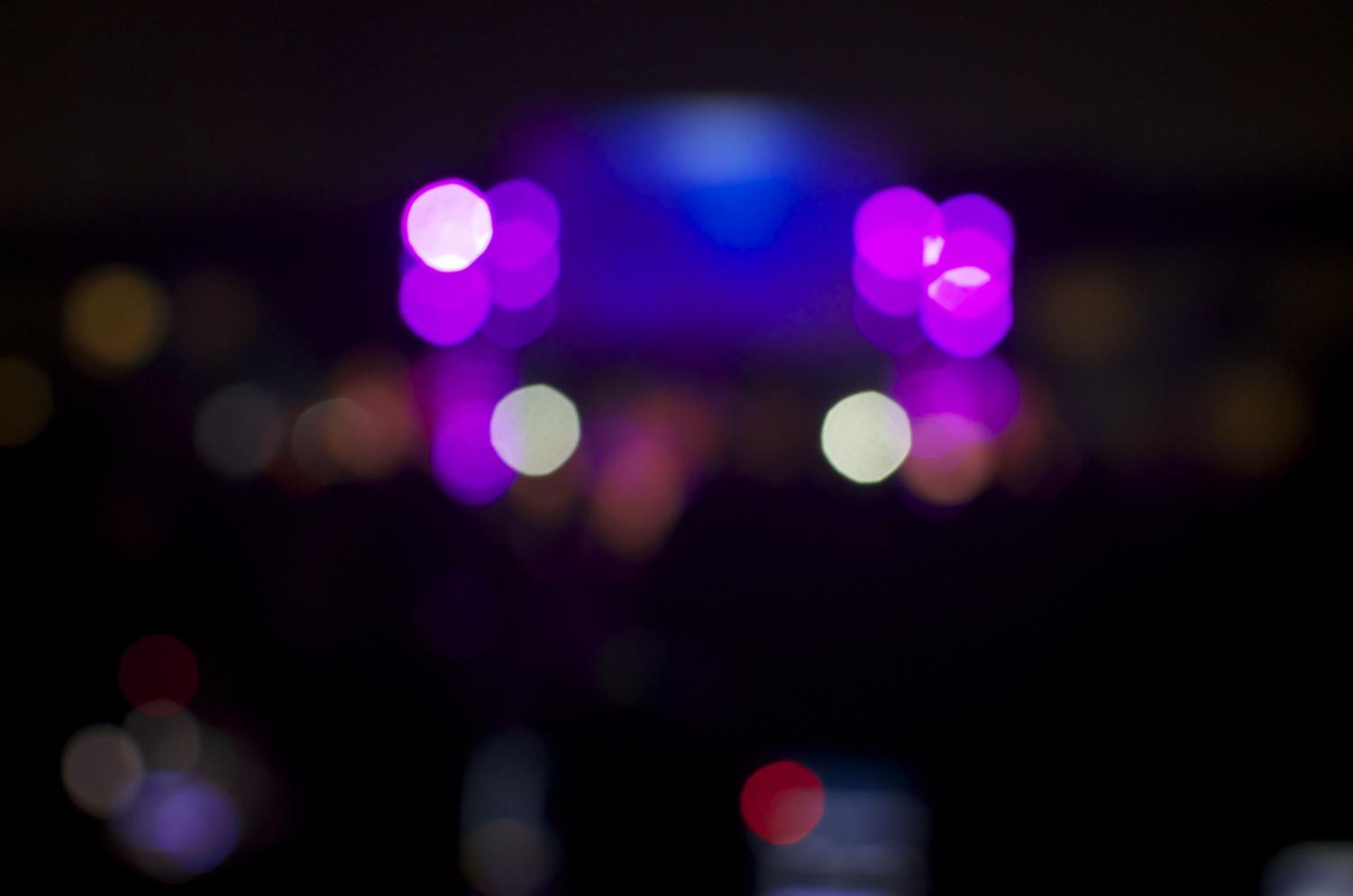 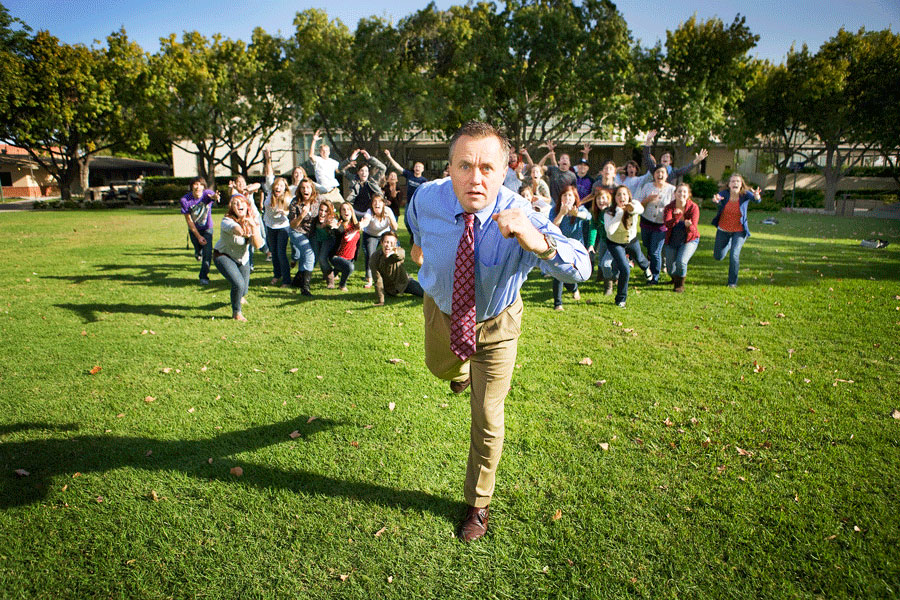 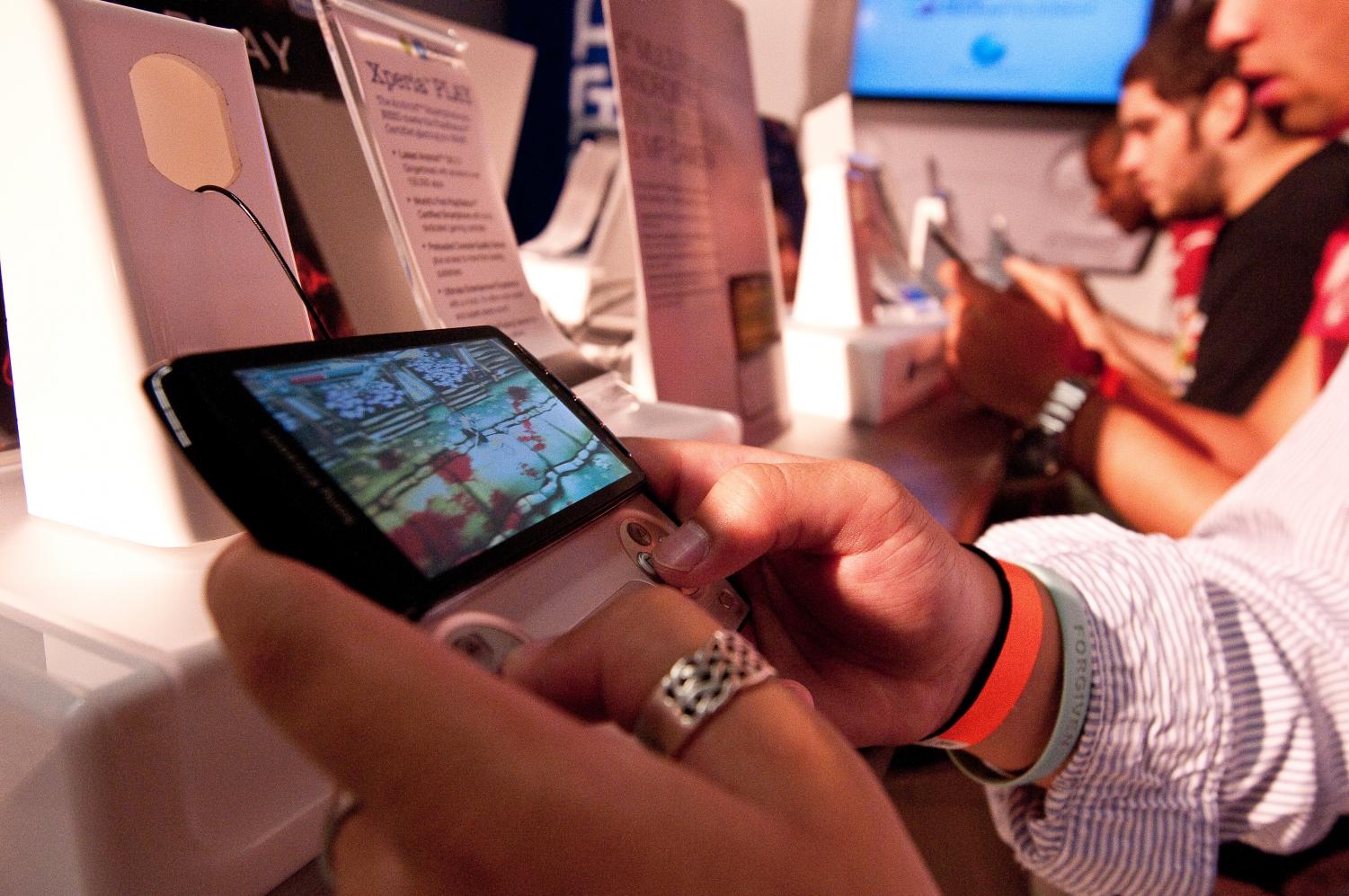 Power Up: Taking video games to a whole new level