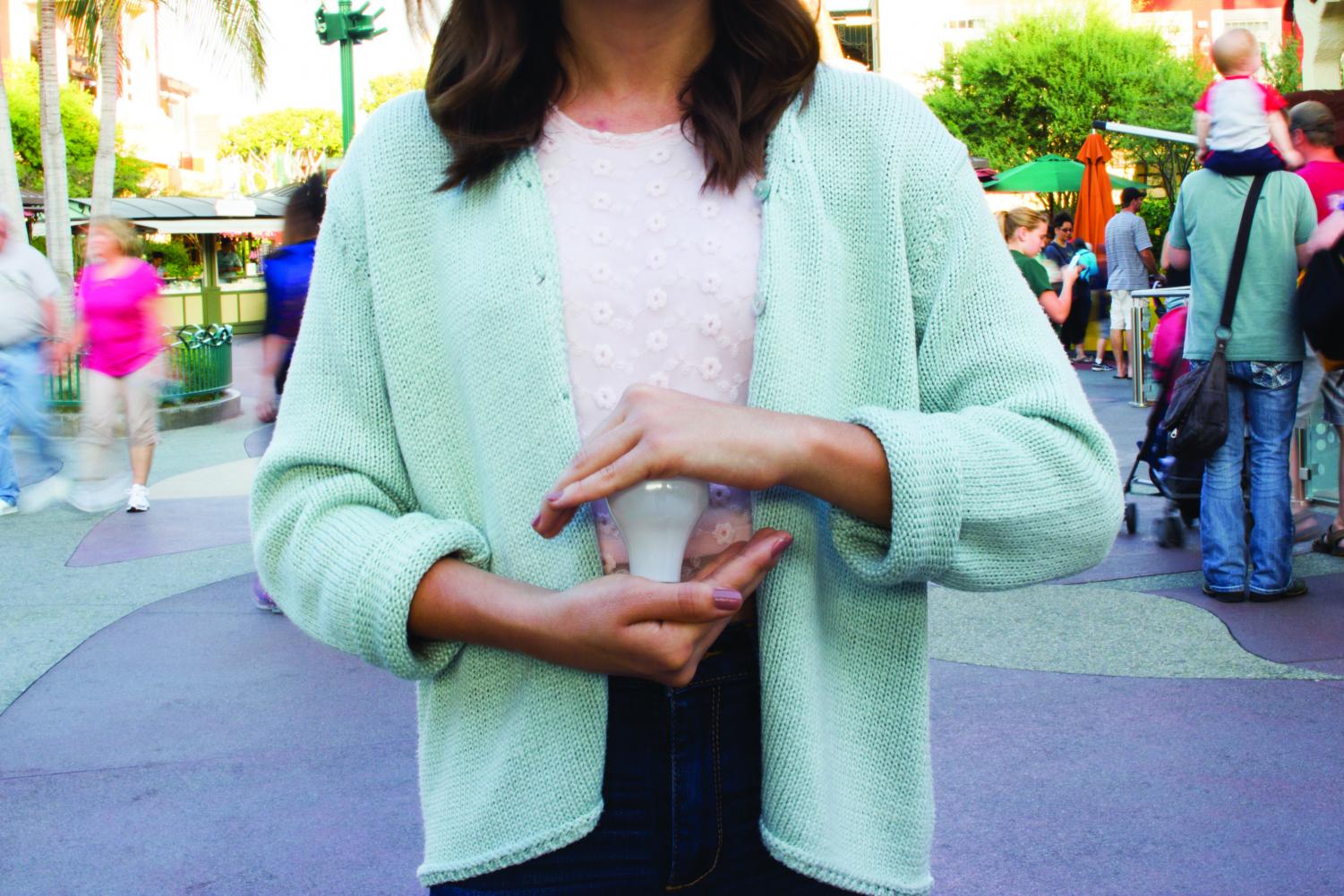 An Uncomfortable Question Musicians in worship bands are all religious… Right?

Matt and Danny defy this assumption. The two young atheist friends were enjoying their Friday night in Downtown Disney sitting by the fountain in front of the House of Blues. The melodic sounds of that night’s band played softly in the background. With hearts and love for music, the two men use their rhythmic talents to play for church services on Sunday mornings. The two also share a common view on Christians. “They are generally good people, but I guess that depends on the denomination,” Matt explained. Neither had a single negative thing to say about Christians. Both adhere to the “coexist” theory, where every individual has the right to his or her own religious beliefs, and as long as those views are not voiced or forced upon others, we all can live together in a utopian peace. The men were knowledgeable on most religious questions that pertain to the contents of the gospel and Christian belief. They were confident in their answers up to the point when they were asked: What do you think happens when we die? Caught off guard with the depth of the question, they had a brief moment of thoughtful silence. Danny finally broke the quiet pondering. “I hope that there is something better after life. But how much better can it really get than this? We are spending our Friday night at Disneyland, the happiest place on earth, and having a great conversation with two beautiful girls. I mean, look around; this is a great life.” While processing the question, they weighed various ideas but were unable to come to a conclusion. Finally, both admitted that they did not know, and the anxiety of this realization was painted on their faces. “Anything that is unknown can be scary, and that is the absolute scariest question that I can think of,” Danny concluded.

“Christianese” Biola Students live in community with roughly 6,000 fellow believers. Students are free to live out their religious views of Christianity without fear of persecution or judgment. Instead, they find praise and encouragement in their expression. Biola students are fluent in “Christianese.” Most are familiar with the cliché Christian uses of “I feel led to…”, “We are so fallen,” and “Guard your heart”.

As defined by Urban Dictionary, “Christianese is the language spoken by Christians. It makes no sense to anyone unfamiliar with biblical texts, but earns you major points in the eyes of other Christians, because it means your words are [really] holy.”

Christians often get caught up in their own “Christianese” habits and mistakenly forget the language of the surrounding world. The world hears Christian language daily, and the familiarity enables some to recite famous verses and articulate the meaning of the Christian gospel. To the general unbelieving culture, these words are meaningless and insignificant. The problem lies not within the persuasion or repetition of words, but rather in the actions of those who identify themselves as Christians.

The Secular Perspective Disneyland is commonly known as one of the best people-watching locations. The extremely diverse public presence makes it an ideal spot. People come from all over the world to experience ‘the happiest place on Earth’.

In the serenity and warmth of the massive stone fireplaces, young adults Sabryna and Hayley were relaxing in the lobby at the Grand Californian Hotel. With their combined knowledge on Christianity, they knew about the Trinity, the Second Coming, and Scripture as a guideline of how to behave. Both of them had been evangelized to, one by word of mouth and the other through being handed a simple pamphlet.

Hayley described her history with evangelism as boring and confusing. Sabryna explained that she does not like feeling forced into things. Her experience with the gospel had felt contradictory, as she noticed the evangelists were pushy in their presentation of the gospel, but when it came to the decision to follow it was presented as more of an option. She views evangelizing Christians as radical and described them as “hardcore protesters” that appear everywhere.

The true message of Christianity is not being clearly conveyed. There is more to becoming a Christian than a special prayer and words of repentance; it involves a full heart change. There is also more to evangelism than a well-rehearsed message.

Mark, a 50-year-old from Riverside, works at the pearl booth in Downtown Disney. He opens oysters to find beautiful smooth pearls that he makes into jewelry for customers. Some are snow white, others come out as a smokey blue or dainty pink color. Undefined in his religious beliefs, the ex-Marine jeweler describes Christians as “pushy”.

Mark opened several oysters from behind the counter and retrieved the beautiful pearls from inside as he recalled a story from his service in the armed forces. One morning during his service a group of Christians came onto their base, bringing breakfast and The Bible. They shared the message of the gospel with the Marines, offering breakfast in exchange for their “acceptance of the Lord Jesus Christ into their lives.” Blais accepted Christ on this morning. Chuckling, he says, “I really just did it for the free coffee and donuts.”

Listen & Pray “My first word of advice is, do it.”

Theology professor Thaddeus Williams encourages Biola students to use their biblical and theological knowledge to evangelize: “What an absurdity to know all of that and not be doing it.”

Williams encourages students to recognize the urgency and need of evangelism, “because there’s just no other gospel that can really save.” Christians offer the unique hope of salvation that has been accomplished through the finished work of Jesus Christ on the cross. The unbelieving world needs this message so desperately. “It’s an absolute of love and grace and compassion and redemption and justice,” says Williams.

Williams also highlights the utter importance of listening within evangelism, saying, “Listening evangelism is able to get them to the conclusions of just how desperately they need a relationship with an infinite God.”

He explains further. “A lot of people think that the gospel is irrelevant, that this has nothing to do with me,” he says. “But to be able to show them through the gospel, the infinite God of the universe enters into your life. He becomes the sun in your solar system and gives meaning. He gives meaning to your family life, your major, your career life, your romantic life, and all of that.”

We are wired with the desire to be heard and understood. Listening to the story and beliefs of others and seeing them as equally important is one practical way to fulfill the love commandments. “Giving someone a fair hearing isn’t optional to evangelism; its essential if we are fulfilling the second greatest commandment to love others,” says Williams.

The most powerful tools in evangelism are listening and prayer. It is ultimately God that is in control of the hearts of others. As Bob Goff, author of Love Does, once tweeted, “No one leads people to Jesus. He leads people to Himself. All the pressure is off, just go love everybody without an agenda.”

Being Genuine “_He dwells in you, and he will be in you_.” (John 14:17) There was a sense of longing in most of the people interviewed. There was a lack of lively luster in their eyes. Their thoughts wandered as they were being challenged and asked about their personal beliefs.

The tangling of their words portrayed a craving, possibly for some amount of spiritual substance — the meaning and feeling of purpose that comes from the Holy Spirit inhabiting hearts.

“_And I will give you a new heart, and a new spirit I will put within you. And I will remove the heart of stone from your flesh and give you a heart of flesh._” (Ezekiel 36:26)

Williams notes that by asking the right questions with genuine concern, people are able to come to their own conclusion of the need to have a personal relationship with God. “Turning the conversation a different direction and asking about the other person’s map [personal beliefs system], and asking them to explain the different parts of it leads to their own realizations. A lot of times by asking meaningful questions, you are poking holes in their map.”

Biola is a blessed community of students that are prepared daily through their education and experiences to share the light that is offered in a personal relationship with Jesus Christ. It is easy to fall into the Christian routines and mundane Christianese lifestyle and overlook the surrounding world. Christians should feel a sense of urgency in the sharing of the gospel because they bear the light of the only way of true salvation.

“_You are the light of the world. A city set on a hill cannot be hidden. Nor do people light a lamp and put it under a basket, but on a stand, and it gives light to all in the house. In the same way, let your light shine before others, so that they may see your good works and give glory to your Father who is in heaven._” (Matthew 5:14-15) 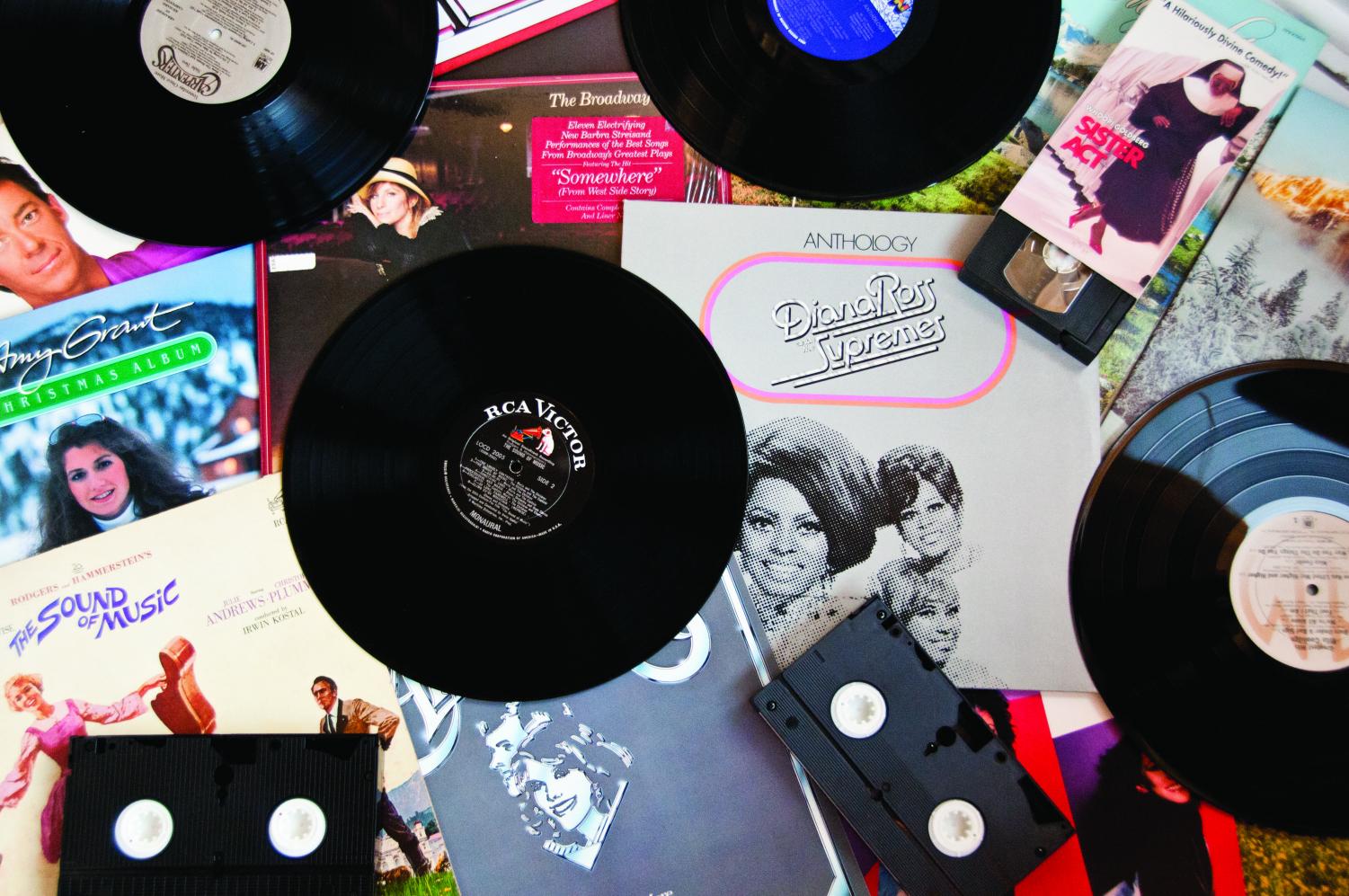 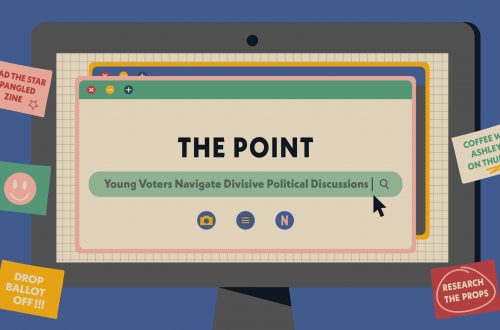