In my Mind I sat outside by the fire for a long time, staring into the warm tongues of flame as they wrapped themselves around the dry pine logs, wondering why I couldn’t write. Every time I picked up a pen or opened my laptop to place words where they should be, my mind would drift away, leaving nothing but a frustrating inability to produce any work and another long evening staring at blank pages.

To adventure is like a drug. It’s full of mystery and wonder, because we’ve gradually taken ourselves further and further away from the only places we’re still free to explore. Choosing to experience the world through the eyes of others — their blogs, photos, articles and social media — we’ve forfeited our ability to exist in the reality that still endures around us, opting instead for the vicarious fabrication of an existence we wish we inhabited. When the reality is rediscovered, though, the significance of this discovery is immense.

In the City Here in the Los Angeles Metropolitan it’s easy to feel stifled by the torturously polluted air, congested roads and tar-riddled neighborhoods in which we abide. However, we are fortunate to find ourselves right beside some of America’s most beautiful natural sanctuaries. Whether you wish to drive for just an hour or you enjoy multiple days of interrupted and uncomfortable sleep on the road, the West Coast’s exquisite natural dwellings afford us the freedom and space to breathe.

Alongside the oceans to the west or in the dense woods to the north. Through the vast deserts to the east or atop the mountains that surround. In these places we can find the necessary peace and rest for our souls that the clutter of school, work and city-life creates. In these places we can escape the long, busy nights and dreadful early mornings.

In the Wild Oh, how we lament the early morning when there is actually such a blissful and unappreciated purity to being awoken while the sky is still dark and the sun is fighting for the pale greys and purples of dawn. There is such a joyous contentment in the corporate whistle of early-risen birds soaring through the crisp morning air, and in the sun’s soft, maize glow that slowly floods the slopes of lush, fertile valleys below as it appears over the mountain ridges to the east.

There is an allusion in the smell of freshly ground coffee and in the crackle of dry-wood, subdued under the sizzle of breakfast frying in the pan. The aromas and sounds arouse more than just our immediate and instinctive senses. They awaken a deep desire for community and relationship that is accentuated by the delicate chill of autumn and the harsher bite of winter’s throng. It lies in the reflective white of early-season snow, the hard crunch of fallen pine needles, and the low, plunging fog that cloaks the mountainous landscapes.

When you allow yourself the time to abide, purposefully and relationally, in the sensory acquaintance of nature, you can conclude two things — that a creation so magnificent, so beautiful and so intricate necessitates a creator of even greater magnificence and beauty, and that it was surely created to be experienced and enjoyed.

Now, depending on how far you are willing to travel and what your intentions are, your destination will vary significantly. The desert, the ocean, the forest and the mountains all offer a unique experience to the explorer that cannot be replicated elsewhere and will differ throughout the four seasons.

The Coast The California coast is one of the few places where you can sit and stare out across the vast ocean and watch the sun fall closer and closer to the empty abyss beyond it. The light blues of daylight turn to stunning pinks and the sun becomes a glowing ball of golden, honey light, as the thin ribbons of coral and magenta reaching left and right become the only thing separating the darkening sky from the ocean’s reflective surface below.

There are a series of gorgeous beaches north of L.A., beginning with those between Malibu and Santa Barbara. These are perhaps the closest spots that allow you to truly feel like you have escaped from the city, as you can camp on the beach, falling asleep to the sound of the sea and waking up to the smell of salt and sand.

Farther north, Big Sur is perhaps the epitome of coastal magnificence. With enormous cliffs and some of the most gorgeous sunsets in the country, the stretch of coast from San Luis Obispo to Monterey is perfect for all your envy-inducing Instagram panoramas and is only a scenic four-to-five hour drive along the PCH.

Farther still, beyond both Santa Cruz and the San Francisco Bay, is a stretch of ocean that remains relatively overlooked due to its location and lack of accessibility. Free from highways and the hustle of tourism, the Lost Coast is still one of California’s best-kept secrets. Here is an expanse of land and ocean where violent winter waves crash onto rocky cliff-faces and summer swells roll slowly and methodically in and out from the shore without so much as a turn of the head. Here the trees turn from their lively greens to a fiery, autumn orange and the full cycle of seasons is truly experienced in the foggy, frozen winters and the vibrant blues and violets of exploding, colourful springs.

The Mountains and Forests For the time-conscious, the San Bernardino National Forest is home to Lake Arrowhead, Big Bear and many other beautiful destinations. Just an hour or two from La Mirada, the national forest is a great place to partake in a little slice of recreational snow activity or clear your mind while taking a nice day-hike.

Further to the north are the Sequoia and Kings Canyon National Parks. Home to the tallest peak in California, Mt. Whitney, and 38 gorgeous groves of sequoias, these National Parks are perfect for both inexperienced or seasoned hikers intent on a night or two in the wild.

Finally, the jewel in the crown of California’s expansive national forests and mountain ranges is Yosemite National Park. The most well-known and frequented of California’s parks, Yosemite is always bustling with tourism, but don’t let this deter you from experiencing its grandeur. While Glacier Point and Half Dome will always present a hive of eager, camera-happy enthusiasts, the lesser-known Tuolumne Meadows on the eastern side of the park are the perfect respite, especially in the spring when the roads re-open from the south and west.

Back in my Mind Earlier in the semester I was actually in Yosemite with three friends, ostensibly finding inspiration to write this piece on camping, and nature, and the outdoors. But there was such an overload of sensory stimulation. So much beauty and so many experiences that I knew I couldn’t justify with my words. What could I say to portray such an experience? What story could I tell to illustrate my perspective on the insane beauty of the wilderness that surrounds us? I think maybe the cliché “a picture is worth a thousand words” really stands. And in this case — maybe a few thousand more. 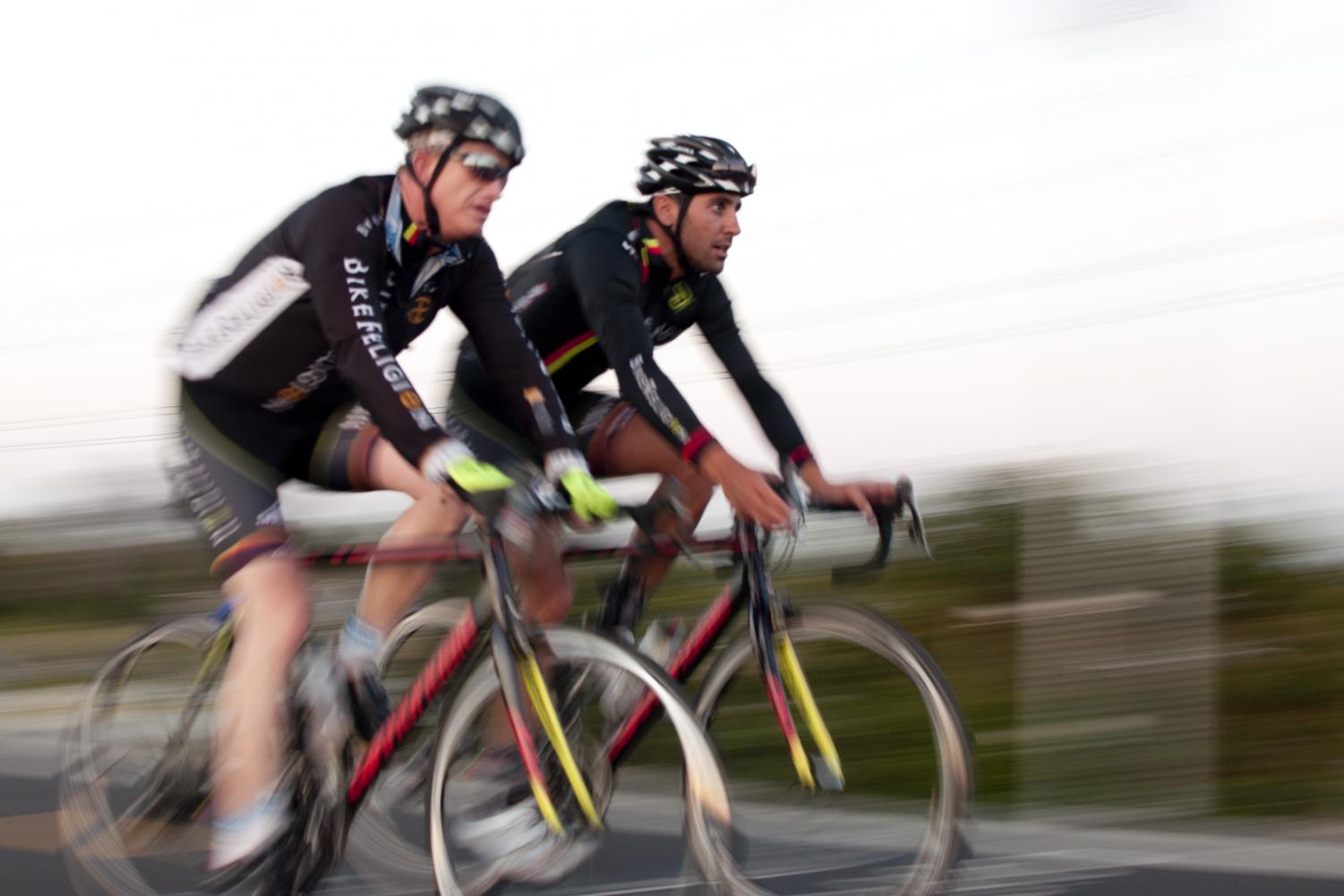 Biking Essentials: What to Take