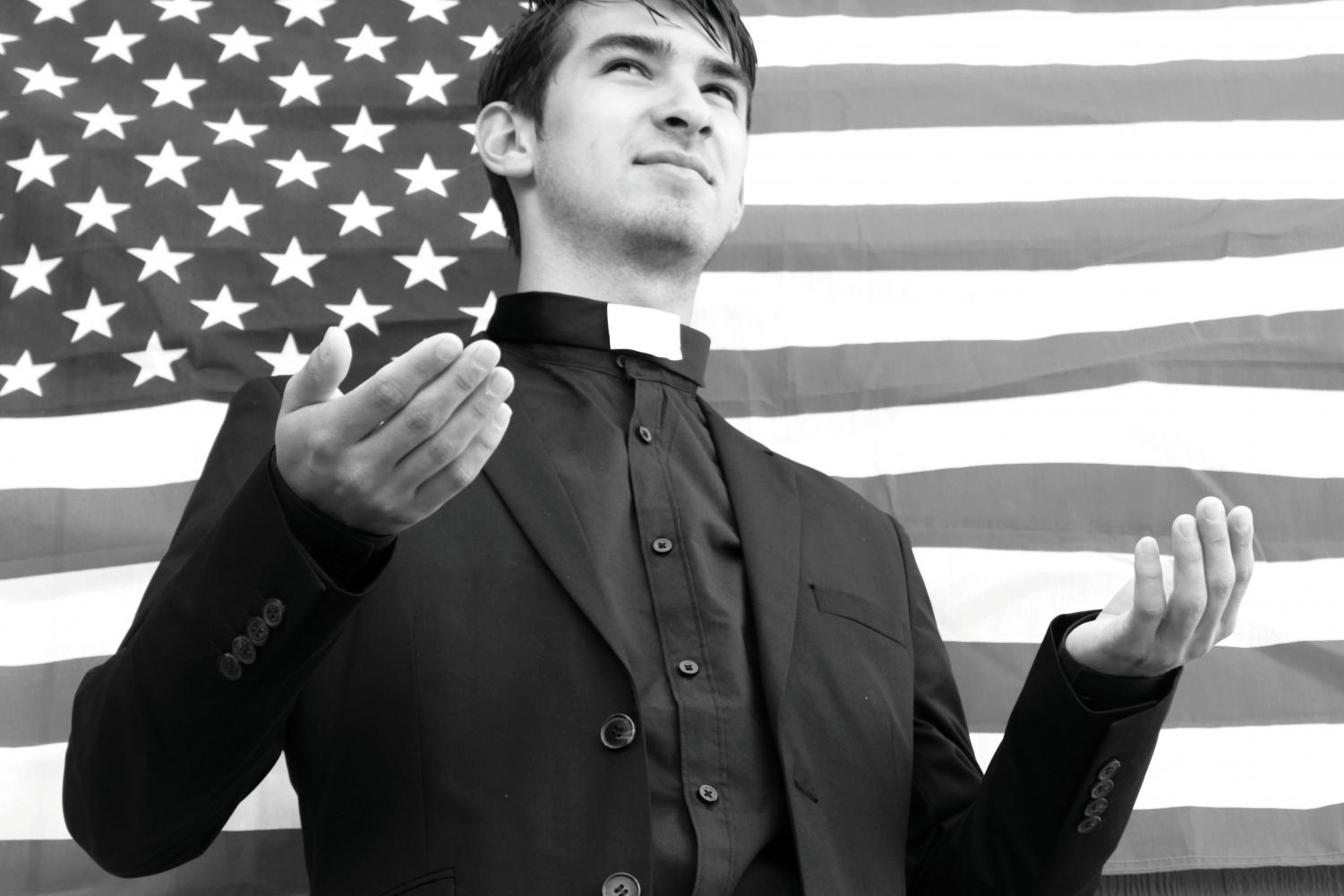 When it comes to politics, Christians are all extremely staunch, conservative Republicans – right? The world operates under this assumption, but Christian ideas, especially about the role of the church in society, do not fit neatly into just one category. Many would argue that the Christian worldview allows for both Democratic and Republican views. The difference in opinion lies with whom is responsible for certain issues – the church or the government.

According to junior political science major Shaefer Bagwell, a self-proclaimed Christian Democrat, the liberal position is justified by the biblical mandate to take care of the poor and downtrodden, the widow and the orphan.

“I’m a fiscal liberal,” Bagwell says, “because I think Christ calls us to take care of the poor, the widows, the elderly and the children. I think the church wasn’t doing its job, so we have social welfare programs. When the church begins to do its job again, I am happy to become a social conservative and close down the entitlement programs in the government; but until that happens, someone’s got to take care of the widows, the poor, the elderly and the homeless.”

Within this liberal ideology, the failures of the church need to be compensated for, and giving the government more responsibility seems to be the answer. On the other hand, Christian Republicans hold the belief that it is the responsibility of the church to take care of those who cannot care for themselves, not the government’s. Zurich Lewis, a junior political science major and self-proclaimed Republican, believes that if the government steps in to help the poor, it can be more detrimental to the individual and the masses.

“Conservatives believe that it is not the role of the government to support welfare cases and other poor constituents,” says Lewis. “We believe more in a safety net. We can catch them, but then we put them back on their feet so they can be more productive members of society.”

Lewis recounts the time of the pilgrims when the church tried to remedy this problem by interviewing the poor that came to them, and giving to those who proved their need and their willingness to potentially come to a “full conversion.” Lewis believes this is a valid solution for those in welfare situations, if the church is willing to step up and be the change.

“Most liberal Democrats believe that the government is the solution to everything, that the government should have more intervention on the part of poverty,” says Lewis. “But I think that their efforts in that need to be more on the church and the individual to make sure that people in congregation have that renewal in their hearts to serve the poor and serve poverty.”

RJ Winans, a junior Bible and journalism major, and moderate Republican, believes the government is helping as much as it currently is because the church is coming up short.

“I think a lot of [the responsibility] should fall on churches,” says Winans. “I think that the government has a responsibility to help as much as possible, especially veterans’ families, wounded or unwounded, because that is a big part of serving our country. Then, I think in areas that the church is lacking…government is good at helping there. I support the things the government is doing, but I think the church should actually be doing.”

While Christian Democrats and Republicans handle helping people in need differently, this is not the main distinction most people make. The biggest reason the vast majority of Christians have a problem with the Democratic viewpoint does not have to do with fiscal issues, but with social issues such as same-sex marriage and abortion.

The widespread opinion amongst Bible-believing Christians is that homosexuality is a deviation from God’s intention for marriage. The Christian Republican view holds to that, and does not believe the government should allow same-sex marriage. However, the Christian Democrats of America (CDA) say they do not mind if same-sex marriage is legalized, because the religious ideas of the church should have no bearing on the laws of the land. In the same way, Bagwell says that marriage is not marriage without being united by God, therefore it does not matter if the legal steps of “marriage” are taken.

“I think that everybody should be able to get a civil union because gay people deserve to have the same legal rights as everybody else, because they are people and this is America,” Bagwell explains. “I think that marriage is a sacrament of God and a piece of paper from the state of California doesn’t make you married in the eyes of God. So if marriage is a sacrament, and we are trying to protect it as such, we just need to leave the government out of it.”

According to the CDA, it is the church’s place to address issues like same-sex marriage and abortion so the government does not have to. They say that if the church was doing its job, these problems would be better addressed in society. Bagwell thinks the issue of abortion should be addressed by the church on an individual basis, not to American society as whole.

“It’s not the church’s job to tell everybody what they are doing wrong,” Bagwell says. “It’s the church’s job to say, ‘You don’t have to do this. There is a better way,’ and to love them if they choose the wrong way still, and I think that when the church begins to do that, to show these…women that it’s not necessary, they wouldn’t do [it] anymore.”

It may not be the church’s place to impose its opinions and judgments on others, but according to Lewis, the opinions of the church do have a significant place in American politics.

“To a general extent Christians that are conservative tend to be social conservatives because they believe in pro-life, pro-traditional marriage, and pro-gun,” Lewis explains. “That is the stereotype that is often perpetuated by many people on both the left and the right. I think that it is a mischaracterization. They do have deeply held beliefs that are informed by their Christian belief, and yes, some people do take it to the extreme and often do not have tact in giving their viewpoints, but I think those beliefs are absolutely valid and need to have their place in society.”

According to a survey taken by The Point in 2012, approximately 63 percent of Biolans identify themselves as Republicans. Bagwell says he only knows three people at Biola who self-identify as liberals, and of these three he is the only one who would consider himself a Democrat. He suggests that the majority of Biolans are Republican because they are not willing to look past the social issues at the problems that are more heavily affecting the nation. While these are all important stances to note, Bagwell thinks that when voting, economic issues should hold more weight than social issues, because candidates’ viewpoints on the latter are not always put into action.

Robert Farrar, a Biola alumni turned political science professor, has made it his mission to bring the liberal perspective into the classroom so that his students can further broaden their understanding of political issues.

When it comes to Christians and politics, there can be a lot of bad reputations floating around pertaining to each political party, but they may just be stereotypes that need to be addressed. Winans declares that Republicans have often been seen as cold towards those in financial need.

Winans also affirms that being a Democrat carries a large stigma, but that may be because Christians stick with their parents’ perspectives instead of exploring their own. Farrar suggests this may be because of fear. He says students that have divergent views often face an uncomfortability at Biola because they have to contain what they think in order to be accepted. Bagwell frequently experiences this unease when professing his political views.

“Sometimes I’ve felt this kind of tension,” Bagwell says, “because I’m a Christian and I love Jesus and I was raised in a Christian culture and I go to a Christian university and I love this, and yet I’m a black sheep.”

Bagwell says that he has often been berated or had his Christianity brought into question during discussions with friends and their parents.

“When somebody says, ‘To be a Christian you have to be a conservative Republican,’” Bagwell explains, “it reflects a very narrow understanding of politics – that there are two issues that matter and that’s it. That is just not the case. What they’ve seen a Democrat characterized on by Christian culture is baby-killing, gay-loving, pot-heads that want to take away your freedom and your guns. It’s just a misperception.”

The Christian should consider

Christians can justifiably be either a Democrat or a Republican. It all boils down to who is in charge of what issues – the church or the state. Either way, both sides acknowledge that the law can never hold all the answers.

“I think the law is a poor substitute for the Holy Spirit and bringing about social change,” Bagwell says.

As Christians, there is no right, black-and-white political answer when it comes to choosing a political party. Contrary to common perception, the Democratic view is not inherently bad, just as the Republican view is not the Christian’s only political option. The Democratic and Republican views are fundamentally different partly because of their take on who should assume responsibility of social issues – the church or the government.

Because the government’s engagement in social issues is contingent on the failures and successes of the church, the answer to many of the issues Christians identify and care about may not be in politics and government, but in the church. Christians should look to the church, and how it is fulfilling its God-given social mandates. If the disenfranchised are not being supported by the church, then the government has no choice but to step in. When analyzing the current political scene, and deciding how to get politically involved, all of these factors should be considered and evaluated. 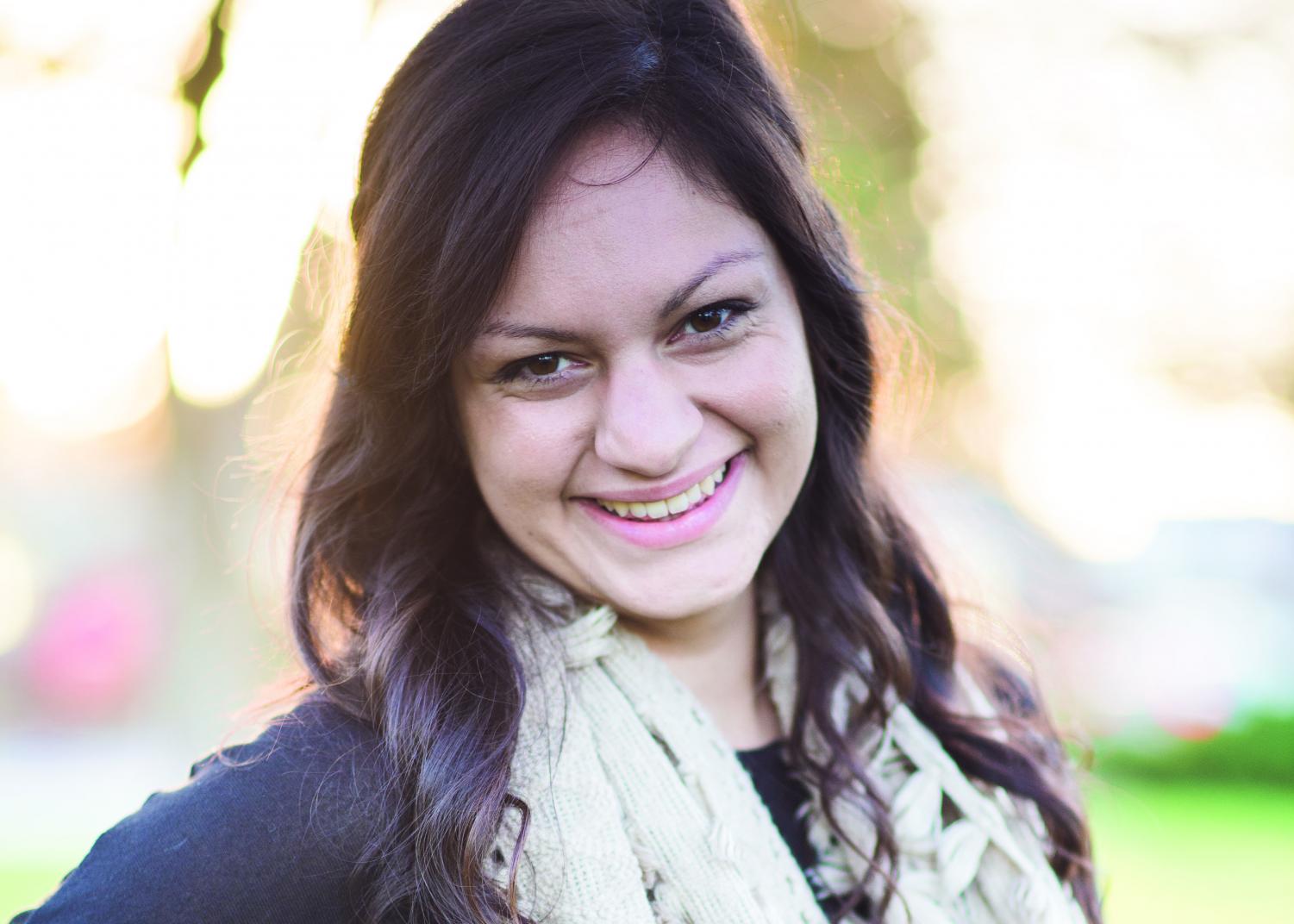 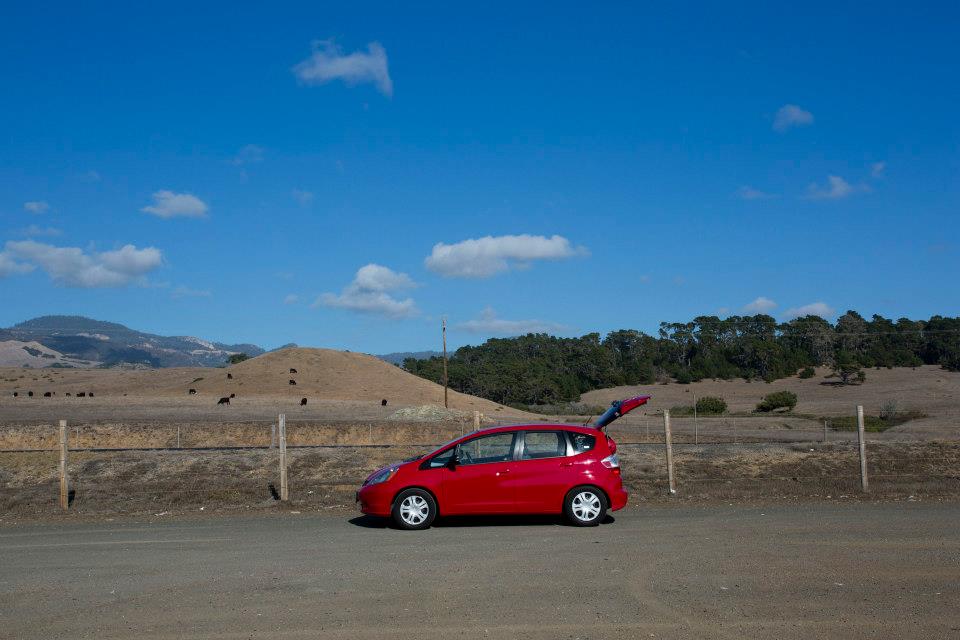 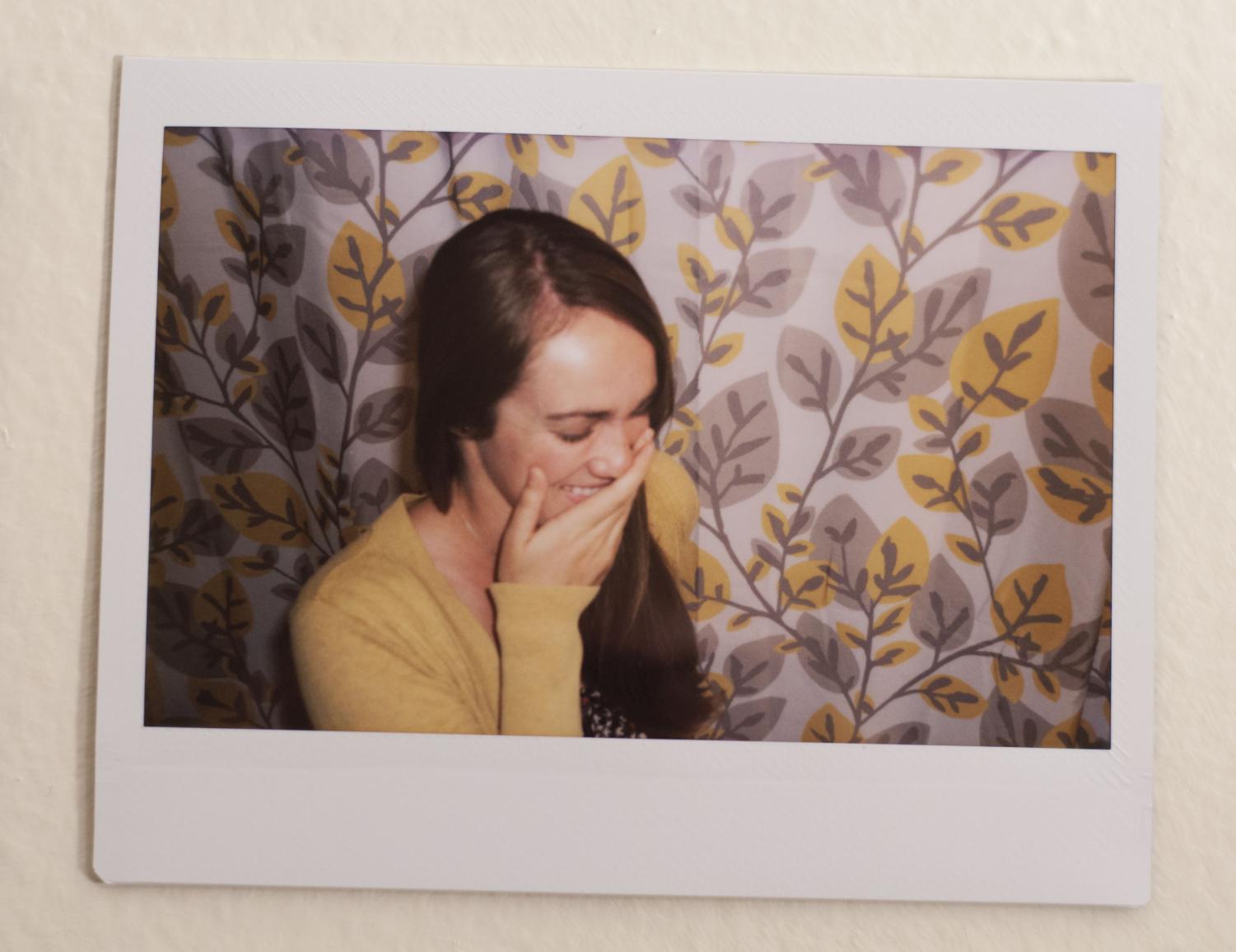