It is the first week of school. During this fast-paced, exhilarating time, we find ourselves asking our fellow new students the same three introductory questions: What is your name? What is your major? And, where do you dorm?

Students who live on campus eagerly answer these questions without hesitation, whereas commuters may pause before answering the last question. “I do not live on campus; I am a commuter,” they may respond. “Oh,” is all the residential student usually responds with.

This answer has become so typical that Katie Tuttle, Director of Commuter Life at Biola University, has coined this interaction with the term “Commuter Oh.” Students are not intentionally ending the conversation, but are simply unprepared with an appropriate answer.

During orientation week, Tuttle shared some tips with commuters on how to dodge the “Commuter Oh”, and transition to another subject to carry the momentum of the conversation further. Commuters might try mentioning where they commute from, offer suggestions for local eateries and hang-out spots and even invite them to their church.

A difference in experiences

As the director of Commuter Life, Tuttle’s role consists of developing community and services for students who live off-campus. She is involved with the management of the Collegium, Off-Campus Community (OCC) events, supervision of the OCC Assistants and other responsibilities that focus on connecting off-campus students with the Biola community. Tuttle has been the director of Commuter Life for 10 years, which has allowed her to experience the struggles of, and build personal relationships with, off-campus students. She has observed firsthand the differences between a resident’s “Biola experience” and a commuter’s.

When asked about this difference, Tuttle explains,“The day and life of someone who lives on campus often centers around campus.” She elaborated on the contrast of the two demographics within the Biola student population, explaining that residents have the privilege of conveniently strolling back to their dorm halls in between classes. On the way, they may run into some friends and find out about on-campus events through advertisements posted all across their floor or by word-of-mouth.

Tuttle remarks that for residents, “There’s more of a sense of immediate connection to what’s going on campus.” Commuters, however, often have their schedules compacted into two or three days, so they have to strategically compartmentalize other parts of their lives. Their local church, family and part-time jobs, for example, are each scheduled into a specific time slot during the week. Another difference is that commuter students often have more off-campus jobs than residents. These jobs can also detract from the time they are able to spend on campus and at campus events.

While the commuter lifestyle is definitely different from that of residents, one is not necessarily better than the other. Rather, residents are simply more aware of the happenings on campus.

A difference in distance

Most Biola students are unaware of the fact that over 1,600 of Biola undergraduate students are off-campus commuters. That is 40 percent of the student population. Among this large percentage, some of these students travel uncomfortably long distances and use inconvenient modes of transportation to get to their classes. Comparatively, on-campus students are able to simply walk up Caf Hill for a quick bite just 10 minutes before class is in session.

Alexis Bolden, a sophomore art and graphic design major, traveled her entire freshman year by bus and train every day to get to school. Grace Olivieri, a senior English major, has commuted all throughout her undergraduate career from Placentia.

“Typically, our off-campus students live fairly close to Biola, but we do have quite a few students who will commute anywhere from half an hour to an hour and a half,” explains Tuttle.

Some students share rides with their parents, some use public transportation and some just suffer through the infamous, congested traffic of Los Angeles.

When it comes to commuting, Bolden has encountered all sorts of obstacles, including the hour-long journey to get from Hawthorne Heights to La Mirada. Bolden had to leave her house by 7:00 a.m. to get to the bus stop by 7:30 a.m., which took her to the train station, her second mode of transportation. Then, after a long day of classes, she would rush to leave campus before 3:00 p.m. to avoid walking back home in the dark.

Throughout her freshman year, the trek to get to school ultimately affected Bolden academically and socially. She spent most of her time in the library in order to finish her homework and catch the bus home, because she did not have her own personal computer until the middle of the semester.

“There was nothing easy about last year,” says Bolden. “Everything from paying for the bus fare every day, to not being able to afford to eat on campus because I didn’t have a meal plan, to having to miss classes for not having enough money to catch the bus. Commuting affected my academic and social lives. It definitely affected my grades.”

This year, Bolden’s commuting situation has changed. She now lives in a house, 20 minutes away from campus by foot and five minutes by car. However, she does not live with other Biola students like most off-campus students do.

Her situation is, yet again, unconventional. Her roommates are 84 and 51 years old, and her living habits have had to change dramatically in order to work with their living habits. Since they are not college-aged students, they go to bed significantly earlier than Bolden does. She has had to learn how to manage these changes and work around their schedules.

“As much as Biola has kicked my butt, I love it,” says Bolden. “I love the school and the community. So in the end, it was all worth it.”

Olivieri has commuted all four years from Placentia to Biola. Her situation is also unique — she had to share a car with her parents. From planning her class schedule, to figuring out her car situation semester by semester, Olivieri has consistently had to compromise between her family and her social life.

But her social life was not the only thing affected by her single-car situation. With unexpected traffic, there were multiple instances where she missed chapel by a considerable amount of time. She has found it difficult to attend the required number of chapels due to her commuting situation.

“Commuting is difficult in itself,” explains Olivieri. “You have to deal with things that students that live on campus don’t have to deal with, like traffic. You have to add travel time to everything. You can’t wake up 30 minutes before class; you have to wake up an hour before class. For me, a lot of the times, I wouldn’t know until the day of if I was going to have the car or not.”

Tuttle recognizes that commuters can often have more family responsibilities than residential students.

“I think it’s rare for a residential student to be called on to pick up their brother or sister from school,” says Tuttle, “but it’s a pretty common occurrence for someone who lives at home.”

Olivieri joined the Collegium, an on-campus hangout area specifically for commuters, her freshman year, where she was able to gain friends that were also involved in similar situations.

“It is great, because commuters seem to find each other,” says Olivieri. “I would have to say most of my friends are commuters. It just happened to work out that way.”

The community is worth it

The distances and lengths students go for their education is usually tied into the fact that they view their time at Biola as precious and valuable. They treasure their education enough to carefully measure out their days, in order to balance the time they spend at school with their commute.

Commuters do experience Biola in a different way, and the challenges they face day-to-day differ from students that live on-campus. Normally, students who commute directly from home are more involved with their families and are given responsibilities on top of their school work and social life. Yet they still are drawn, just like students who live on-campus, to the community.

If you ask any Biola student what their favorite part of Biola is, the typical answer is “the community.” It is the community, the unique sense of family, that is at Biola’s core. This appeal continues to draw students in, no matter how far they may have to travel to get to it. In the end, it is worth it and completely irreplaceable. 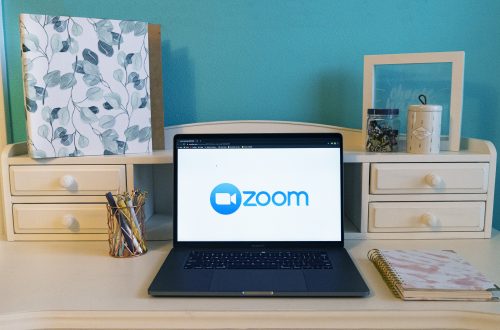 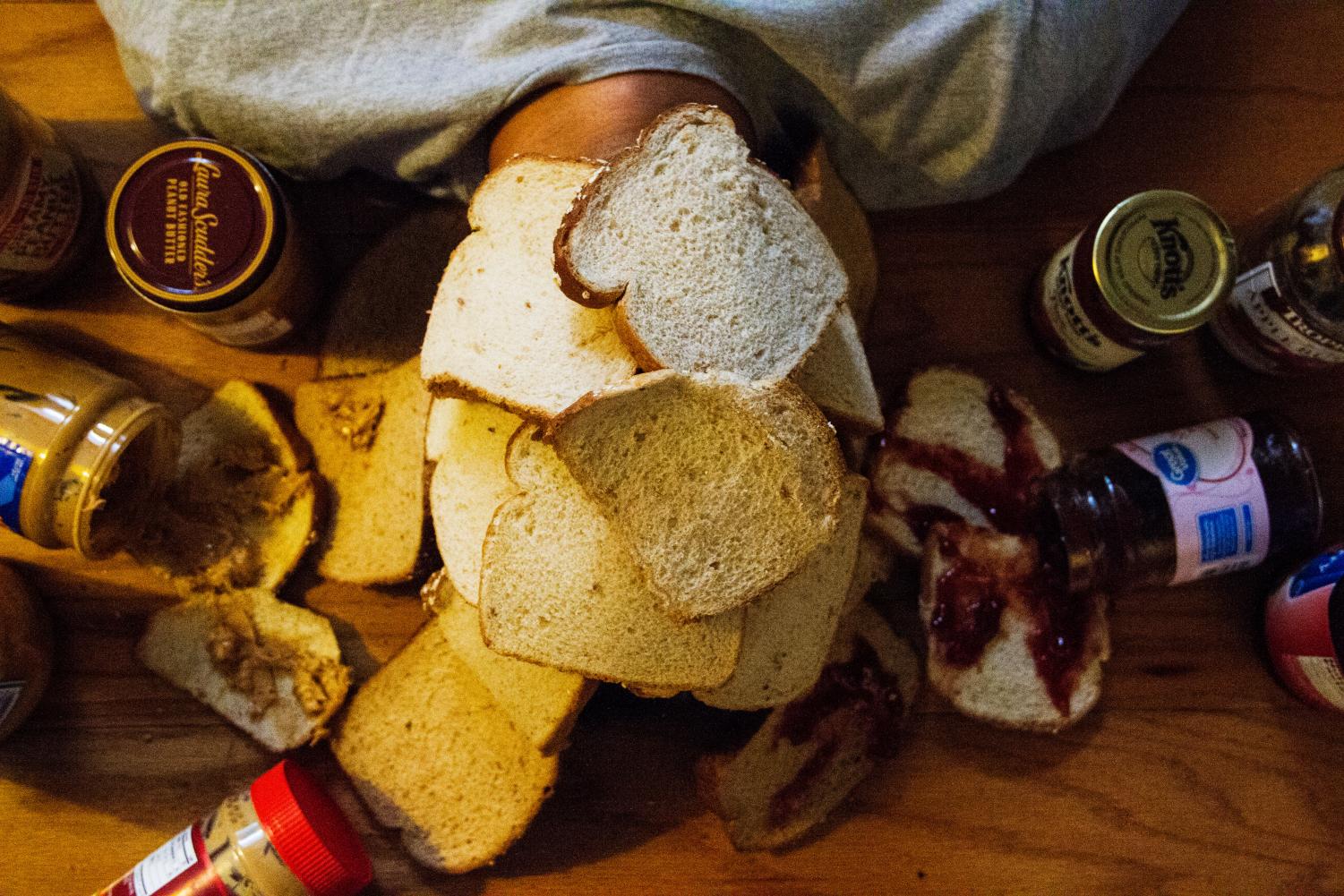